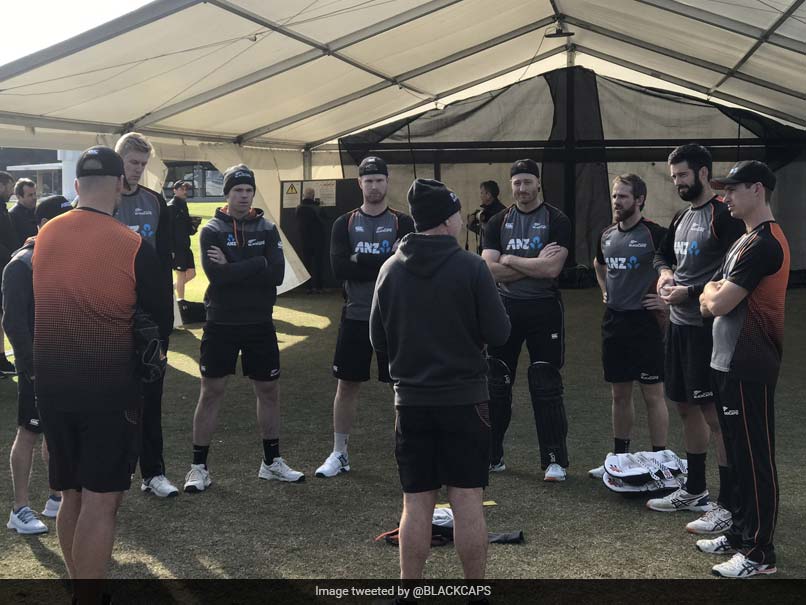 New Zealand Cricket declined to release schedules of the tours until details had been worked out.© Twitter


New Zealand Cricket said Tuesday that Pakistan, Australia, Bangladesh and the West Indies had all confirmed they will tour during the upcoming home season, despite the coronavirus pandemic. New Zealand Cricket chief executive David White said managed isolation arrangements for the visiting teams were still being worked out with officials in Wellington, but the tours would proceed. “I was just on the phone to the West Indies, they’re confirmed, Pakistan is confirmed, Australia and Bangladesh, so (there will be) 37 days of international cricket,” he told reporters.

White declined to release schedules of the tours until details had been worked out.

He said arrangements were likely to follow the model of bio-secure “bubbles” adopted in England for the recent West Indies tour — when teams’ accommodation and training facilities were located at the match venue to isolate players.

“We’re working through that with the government agencies at the moment, a similar concept… the agencies have been really supportive, the government’s been fantastic,” he said.

All international arrivals into New Zealand are currently required to spend at least 14 days in strictly supervised quarantine.

But New Zealanders domestically are enjoying a near-normal, pre-coronavirus lifestyle with no social distancing and spectators allowed at sports and cultural events.

The South Pacific country has recorded only 22 coronavirus deaths in a population of five million, and this week marked 100 days since its last case of community transmission.