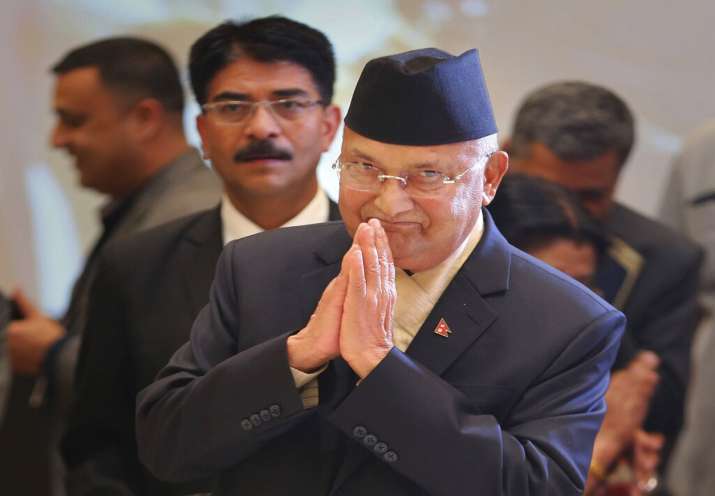 A day after Prime Minister KP Sharma Oli said that the “real” Ayodhya lies in Nepal and not in India, Nepal Ministry of Foreign Affairs issued a clairification saying that the “remarks not meant to debasing signifiance of Ayodhya and cultural value it bears.”

Oli on Monday  claimed that Lord Rama belongs to Nepal, not India and that ‘real Ayodhya’ is in Nepal. The embattled prime minister was speaking at an event on the birth anniversary of Nepalese poet Bhanubhakta at the Prime Minister’s residence in Kathmandu. Oli said that Nepal “has become a victim of cultural encroachment and its history has been manipulated.”

“The remarks made by Prime Minister are not linked to any political subject and have no intention at all to hurt the feeling and sentiment of anyone. As there have been several myths and references about Shri Ram and the places associated with him, the prime Minister was simply highlighting the various places linked to this rich civilization. the remarks were not meant to debasing the signifiance of Ayodhya and cultural value it bears,” the statement from the Ministry read.

As there have been several myths and references about Shri Ram and places associated with him, PM was highlighting importance of further studies and research of vast cultural geography Ramayana represents to obtain facts…,” it added.

The India-Nepal bilateral ties came under strain after Defence Minister Rajnath Singh inaugurated a 80-km-long strategically crucial road connecting the Lipulekh pass with Dharchula in Uttarakhand on May 8. Nepal reacted sharply to the inauguration of the road claiming that it passed through Nepalese territory. India rejected the claim asserting that the road lies completely within its territory.

Recently, Nepal redrew the country’s political map through a constitutional amendment, incorporating three strategically important Indian areas. The Nepal Parliament also approved the new political map of the country featuring Lipulekh, Kalapani and Limpiyadhura areas which India maintains belong to it. India has already termed as “untenable” the artificial enlargement” of the territorial claims by Nepal.