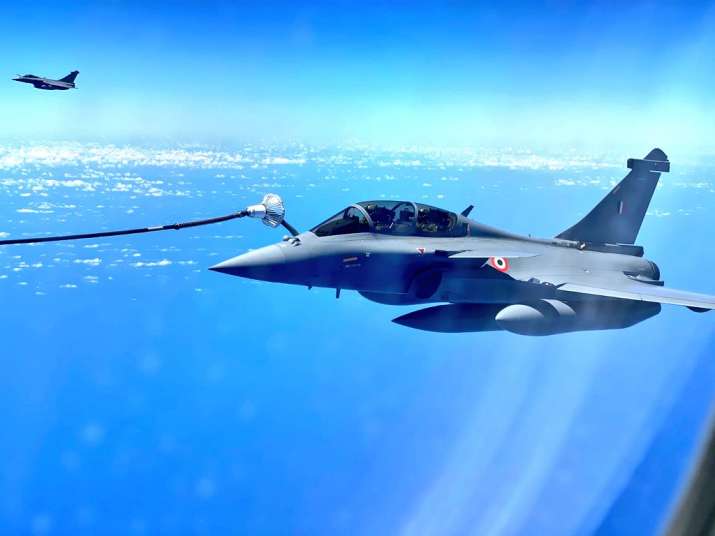 The first batch of five Rafales is on its way to India. Pictures have emerged of the mid-air refuelling of the aircraft at a height of 30,000 feet. The jets took off from the Merignac airbase in French post city of Bordeaux on Monday and will arrive in India on Wednesday afternoon after covering a distance of nearly 7,000 km.

Rafales landed at Al Dhafra airbase in the UAE on Monday evening after flying for over 7 hours. It was the only stopover by the jets while flying from France to India.

“Few shots from 30,000 feet! Mid air refuelling of #RafaleJets on their way to #India,” the Indian Embassy in France tweeted along with a number of pictures of the jets being refuelled mid-air.

The fleet, comprising three single seater and two twin seater aircraft, is arriving at Ambala airbase on Wednesday afternoon where they will be officially inducted into the IAF as part of its No 17 Squadron, also known as the ‘Golden Arrows’, said one of the officials.

The aircraft, expected to significantly come at a time when India is locked in a tense border row with China in eastern Ladakh.

The aircraft are expected to significantly boost the IAF’s combat capabilities at a time when India is locked in a tense border row with China in eastern Ladakh. The IAF has already deployed all its frontline fighter jets in key airbases along the Line of Actual Control, the de-facto border between India and China. 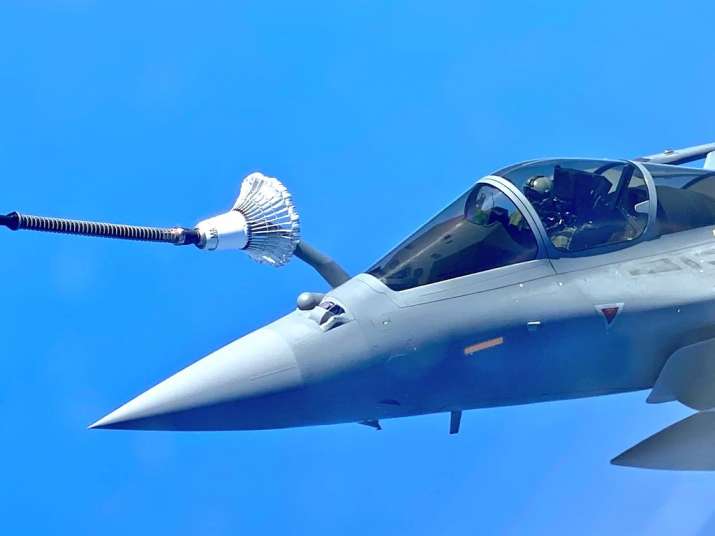 On September 23, 2016, India had inked a Rs 59,000 crore deal to procure 36 Rafale jets from French aerospace major Dassault Aviation. The first Rafale jet was handed over to the IAF in October last year during a visit to France by Defence Minister Rajnath Singh.

The first squadron of the Rafale jets will be stationed at Ambala air base.

Official sources said the Rafale jets are likely to be deployed in the Ladakh sector as part of IAF’s efforts to enhance its operational capabilities along Line of Actual Control with China in view of the border row with the country.

The aircraft is capable of carrying a range of potent weapons. European missile maker MBDA’s Meteor beyond visual range air-to-air missile and Scalp cruise missile will be the mainstay of the weapons package of the Rafale jets.

Meteor is the next generation of BVR air-to-air missile (BVRAAM) designed to revolutionise air-to-air combat. The weapon has been developed by MBDA to combat common threats facing the UK, Germany, Italy, France, Spain and Sweden. 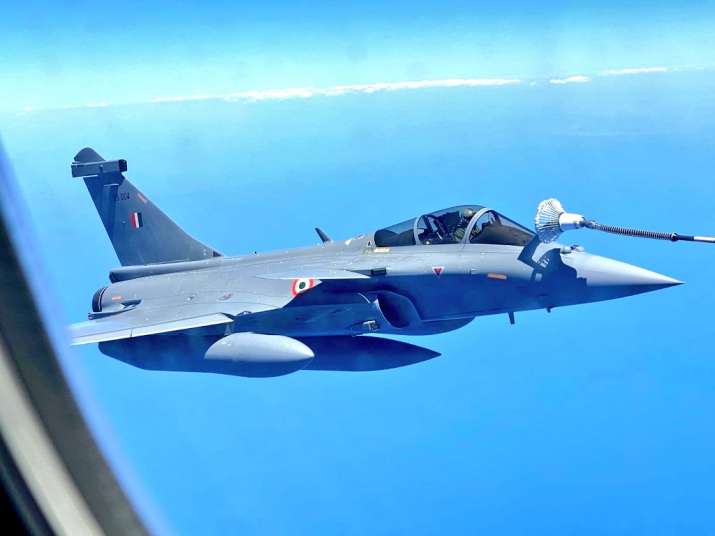 The Meteor is powered by a unique rocket-ramjet motor that gives it far more engine power for much longer than any other missile, said an official.

The second squadron of Rafale will be stationed at Hasimara base in West Bengal. The IAF spent around Rs 400 crore to develop required infrastructure like shelters, hangars and maintenance facilities at the two bases

Out of 36 Rafale jets, 30 will be fighter jets and six will be trainers. The trainer jets will be twin-seater and they will have almost all the features of the fighter jets.