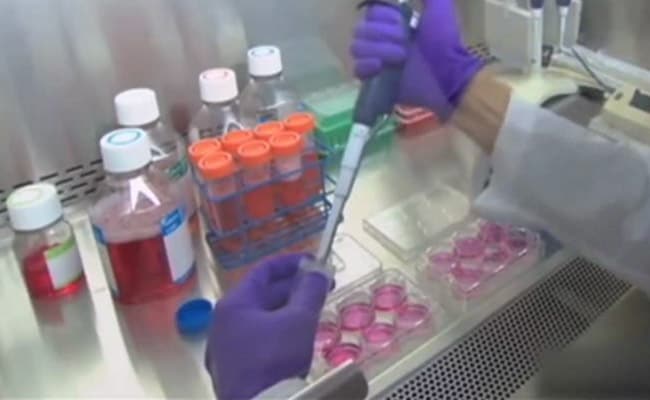 Coronavirus: West Bengal government has announced setting up of a plasma bank

Plasma therapy trials on COVID-19 patients have been languishing in West Bengal for want of donors. There are now over 25,000 cases in the state, and 17,000 have recovered, but barely 15 COVID-19 survivors have come forward to donate plasma.

Those who have donated plasma are mostly health professionals and the shortage has even slowed down a trial that is going on in Kolkata since mid-May. However, the Bengal government has announced setting up of a plasma bank and scientists and doctors are hoping that will be a game changer.

As soon as she could after recovering from COVID-19, Sayaree Pyne, 25, donated plasma, cheered on by her 80-year-old grandmother and a COVID-19 survivor herself.

“My dadi was initially nervous but then said go. My father said he heard in the news there were few donors and told me I should donate. I thought I have recovered, so if my plasma cures some COVID-affected person, what could be better?” said Ms Pyne.

Her grandmother Asima Pyne said, “I am glad she gave plasma. Perhaps a life will be saved. If I was younger, I would give plasma too.”

It may have helped that Sayaree Pyne is a nurse at Kolkata Medical College Hospital, the city’s premier state-run facility. It is at this hospital’s immuno-haematology department that the city’s 15 or so donors have given plasma. It is also where the government is setting up a plasma bank.

This immuno-haematology department is partnering with CSIR’s Indian Institute of Chemical Biology (IICB) and the state-run Beleghata Infectious Diseases Hospital for plasma trials that began mid-May. The trial base was 40 patients, but availability was so slow that an interim report is likely only at the end of this month.

“Out statistics is that 20 per cent of the donors we approached agreed to donate. People are scared about stigma. They already underwent the experience of being picked up in an ambulance and taken to hospital with all neighbours watching. They don’t want to go through it again,” said Dr Dwaipayan Ganguly, senior scientist with IICB that is helming the therapy trial.

There is also the fear of re-infection. “Could we get re-infected if we returned to a hospital to donate plasma?” a potential donor said. All evidence says no, at least for six months. But media reports about re-infection in South Korea created a scare. “That was a false alarm, but that was less widely publicised,” he added.

Even private groups approved by the Indian Council of Medical Research or ICMR to conduct plasma trials are struggling. “Lack of awareness and fear – these are the two reasons people are hesitating to donate plasma. Not only in Bengal, it’s a common scenario in India,” said Snehendu Konar, an executive with Clinimed.

Amrita Panda, Bengal’s 10th plasma donor, wants to change that. Of her eight-member family, four were tested positive, two tested inconclusive and two negative. The 26-year-old Howrah resident handled the crisis almost single-handedly as she was the only one asymptomatic. Of the two who tested negative, one was her two-year-old nephew, the other her 75-year-old grandmother who has Alzheimer’s.

“I donated because I thought it was my social responsibility. I would urge all those recovering from COVID-19 to donate plasma and help others to become survivors. That’s what it is to be human,” said Ms Panda.

Dr Dwaipayan Gupta is optimistic. “There are regular mentions of plasma therapy in the media now, and the government is also backing it. Things are sure to get better,” he said.