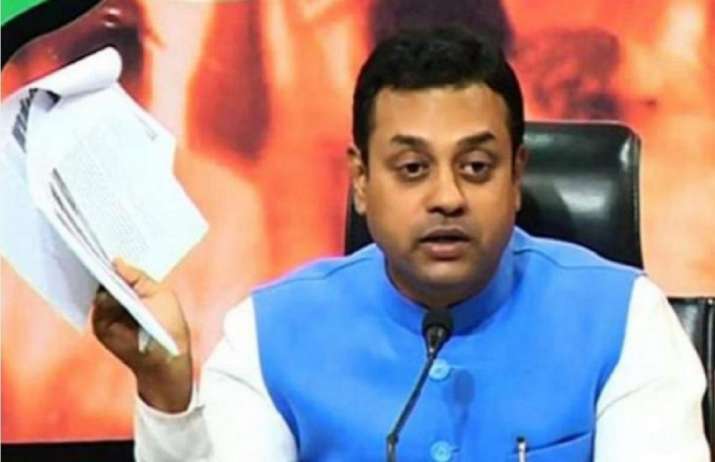 The Bharatiya Janata Party (BJP) on Saturday addressed a press conference over the audiotapes released by Congress. Raising five questions over the phone tapping incident, BJP Spokesperson Sambit Patra demanded a CBI probe into the matter. Speaking on the audiotapes, Sambit Patra said phone tapping can only be done by authorized agencies as per the due process of law and subject to approve safeguards and SOPs.

1. Was phone taping done? The Congress govt in Rajasthan must answer

2. Is it not a sensitive and legal issue, if phone tapping has been done?
3. Assuming that you’ve taped phones, was the SOP followed? The people of Rajasthan want to know whether their privacy has been compromised
4. Did the Congress govt in Rajasthan use unconstitutional ways to save themselves when they found themselves cornered?
5. Is the phone of any person who is related to politics is being tapped?

10:16 am: Phone tapping can only be done by authorized agencies as per the due process of law and subject to approve safeguards and SOPs. Each case is also reviewed by a committee chaired by a Cabinet Secretary in case of Central and State Secretary in case of a State govt, says BJP

10:15 am: We demand a Central Bureau of Investigation (CBI) probe into this matter, whether phone tapping was done or SOPs were followed. Is there an emergency situation in Rajasthan? Are all political parties being targeted this way? Sambit Patra asks

10:14 am: BJP demands CBI probe over audiotape released by Congress

10:13 am: The state government should answer whether they indulged in phone tapping as Chief Minister Ashok Gehlot and their other leaders are saying the audio is authentic whereas in FIR it is mentioned as purported: Sambit Patra, says BJP on purported audio clip about the conspiracy to topple Rajasthan Government

10:11 am: Did the Congress party follow the standard phone tapping procedure, BJP asks

10:09 am: In case the phones were tapped, it is sensitive and a legal issue, BJP says

10:06 am: BJP questions Congress over audiotape released, asks if the phone was tapped

​10:04 am: BJP’s Sambit Patra addresses a press conference over audiotape released by Congress

“Mahesh Joshi, Randeep Surjewala, and other accused have regularly been giving false and inflammatory statements against the BJP to criminally damage its reputation so that the blame for the current sorry state of affairs of the Congress can be pinned on the BJP. With the ill-intention of damaging the BJP”s reputation, a conspiracy was formed at the Chief Minister’s residence situated at 8 Civil lines,” read the letter written by BJP Rajasthan spokesperson Bhardwaj to the Station Officer of Ashok Nagar police station read.

“From there (CM’s residence) imitation of (voices) of people were falsely told to be of that of reputed leaders from the BJP and a fake phone conversation was created through which the false narrative of crores of rupees being offered to buy off Congress MLAs was created. The accused involved in this conspiracy have severely misused their position and power and the whole crime has been conducted by one named Lokesh Sharma, who calls himself an OSD of the Chief Minister,” the letter further said.