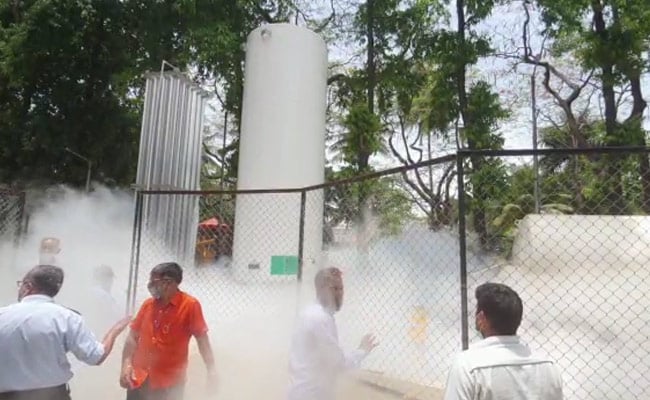 Expressing grief over the incident, Mr Thackeray also announced a thorough probe into it. (File)

Maharashtra Chief Minister Uddhav Thackeray on Wednesday announced financial assistance of Rs five lakh each to the families of 22 patients, who died at a civic hospital in Nashik on Wednesday due to oxygen leakage.

Expressing grief over the incident, Mr Thackeray also announced a thorough probe into it.

“The family of every person died in this incident will get compensation of Rs five lakh. I appeal to people to not indulge in any kind of politics,” he said in a statement.

“The oxygen leakage that led to the death of 22 people is a shocking incident. I cannot express my grief in words.

Such incidents are devastating, especially when we are trying hard to save every COVID-19 patient,” he said.

“I do not know how to console the families who lost their members in this accident. Though it is an accident, there will be a thorough probe into it,” Mr Thackeray added.

The entire state machinery is trying hard to minimise the COVID-19 spread and we will not let the morale of health workers get affected due to such incidents, the chief minister added.

The incident took place at Zakir Hussain municipal hospital in Nashik city earlier in the day. As per the local officials, the patients died as the oxygen supply was disrupted due to a leakage in the oxygen storage plant.