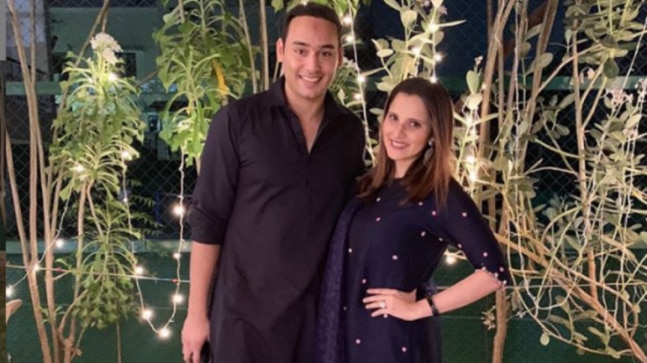 Tennis star Sania Mirza shared a nice picture with her brother-in-law Mohammad Asaduddin on his birthday on May 18. In an Instagram post, Sania wished Asaduddin and wrote in the caption, “Happy Birthday Assuuuuuu”.

Asaduddin and Sania smiled for the cameras in the picture. While Asaduddin was handsome in traditional attire, Sania looked pretty in a blue kurta and dupatta with white pants.

“Happy happy birthday to him..next birthday will be better,” Farah said in her birthday wish for Asaduddin.

Asaduddin married Anam Mirza in a private ceremony in Hyderabad on December 11, 2019. Their reception was held on December 12 in Hyderabad in the presence of family and close friends including Ram Charan and Farah Khan. Telangana Chief Minister K Chandrashekar Rao also attended the event.

See pictures from Anam and Asaduddin’s wedding and reception here:

ALSO WATCH: This has been a very special year for me: Sania Mirza