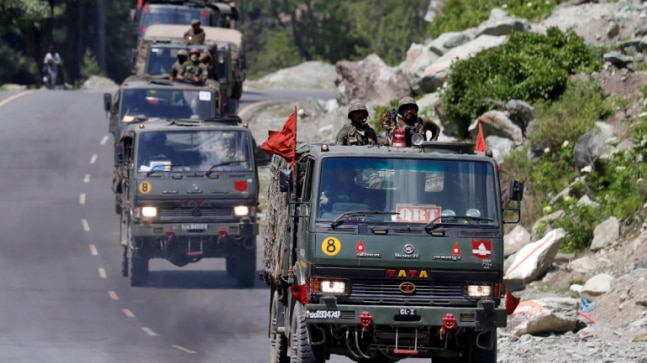 Suspended Chennai Super Kings team doctor Madhu Thottappillil on Thursday tendered an unconditional apology for his controversial social media post mocking the government after the death of Indian soldiers in a violent face-off with Chinese troops in eastern Ladakh.

On Tuesday, after reports came in of Indian casualties during the Galwan Valley clash, Thottappillil had posted a tweet mocking the government. He later deleted it and protected his account. He was subsequently suspended by the franchise.

Thottappillil took to Twitter on Thursday and offered an apology.

“On June 16th, I had put out a tweet, and after I realised that the words used by me was inappropriate and unintended. I deleted the same.But by then there were screenshots of my tweet being circulated and shared in social media,” the doctor stated in his apology note.

Thottappillil clarified that he had no intention to belittle PM Narendra Modi’s efforts in fighting the crisis.

“It was never my intention to belittle the great & herculean efforts taken by our Honb’le prime minister and the Govt in taking care of all the citizens obligations of this great nation and its Army or our brave Martyrs.

“I have always respected the efforts of the govt in its valiant war on Covid-19 pandemic armed forces and valour of the armed forces standing and fighting under adverse conditions.”

Thottappillil said he understands that his post may have hurt sentiments of thousands of people.

“I regret the hurt and anguish I may have caused to many people who read my Tweet and wholeheartedly apologise for the same,” he wrote.

“I have tweeted inadvertently and mistakenly and it has nothing to do with my association with any individual or organisation.”

Thottappillil urged netizens to treat his social media post as an aberration.

“I am aware of the care bestowed by the Honb’le prime minister taken for the martyred jawans who had laid their lives for the country, without whom we the citizens would not be having a secured life,” CSK team doctor for 10 seasons said.

“I hope the whole issue is put to an end and the tweet be treated as an aberration on my part. I once again express my sincere apologies for the unintended and inadvertent remarks made in my earlier tweet,” he concluded.

CSK, captained by Mahendra Singh Dhoni who holds the rank of an honorary lieutenant in Territorial Army, announced his suspension on Wednesday. The team is owned by former BCCI President N Srinivasan’s India Cements.

A colonel was among the 20 Army personnel killed in the face-off on Monday night, the biggest confrontation between the two militaries after their 1967 clashes in Nathu La.

At that time, India lost around 80 soldiers, while over 300 Chinese army personnel were killed in the confrontation.