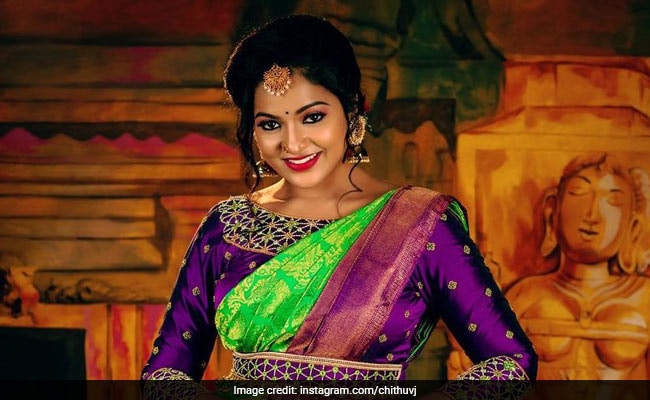 Chitra, 29, was found dead at a hotel outside Chennai on December 10.

Tamil TV star Chitra’s husband has been arrested in Chennai, days after the actor’s mother accused him of beating her daughter to death.

Police sources, however, had said that based on the post-mortem report, the actor had died by suicide and financial issues have emerged as a possible reason.

Chitra, 29, was found dead at a hotel outside Chennai on December 10.

The couple got married a few months ago. Investigators say Hemnath had been angry with Chitra for her intimate scenes in a television serial.

“Hemnath did not like a scene she had enacted on TV. On the day she died, he had also pushed her,” Assistant Commissioner of Police Sudarshan told NDTV.

Hemnath was arrested after he was questioned for several days. Chitra’s friends and colleagues on the sets were also questioned by the police.

The couple had checked into a hotel after Chitra’s late-night shoot last week. Hemnath told investigators that Chitra locked herself in and he found her dead after the hotel authorities opened the room using a duplicate key.

A revenue divisional officer is investigating the case separately as mandated by law since the woman died less than seven years after wedding.

Chitra began her career as a presenter on a private channel and later became a television actor. She acted in the serial “Pandian Stores”.