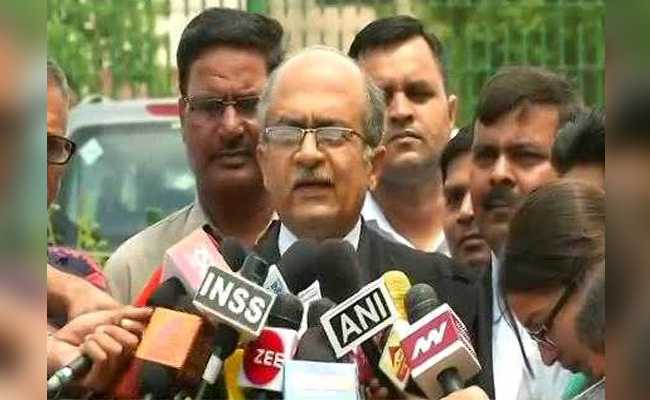 The contempt case involves statements that Prashant Bhushan made during an interview to Tehelka magazine.

“We need to check whether statements made regarding corruption amounts to contempt of court. Thus we need to hear the matter,” said the Supreme Court.

Senior lawyer and former law minister Shanthi Bhushan, Prashant Bhushan’s father, requested the court to list the case for when physical hearings resumed after the coronavirus lockdown. But the Supreme Court did not agree.

Last week, the court had reserved its order.

The contempt case involves statements that Prashant Bhushan made during an interview to Tehelka magazine in 2009, in which he said half the 16 Chief Justices of India were corrupt.

The Supreme Court, which is hearing another contempt petition against Mr Bhushan, again for comments on Chief Justice of India SA Bobde, said, “There is a line between free speech and contempt… There is freedom of speech and expression and then contempt”.

The second case refers to remarks the lawyer made on Twitter on viral images of Chief Justice Bobde trying out a superbike.

In a statement in the previous hearing on Tuesday, Mr Bhushan expressed regret: “What I said caused hurt to any of the them ( CJIs) or to their families in any way, I regret.” The word corruption was used in “wide sense meaning lack of propriety”, he said. “I did not mean only financial corruption or deriving any pecuniary advantage.”

The other person accused of contempt, senior journalist Tarun Tejpal, apologised for publishing the statement.