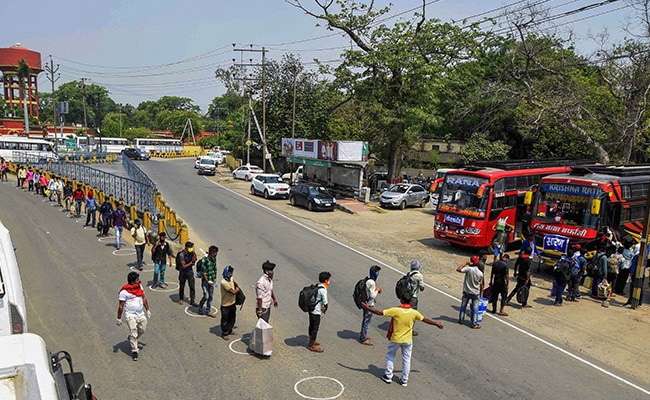 According to a new survey, two-thirds of the migrants have returned to cities, or said they’d like to

Nearly two-thirds of migrant workers, who had left for home due to the coronavirus-induced lockdown, have either returned to cities or wish to do so in absence of skilled employment in villages, according to a new study that surveyed 4,835 households.

The study is based on a rapid assessment survey of 4,835 households across 11 states in 48 districts carried out in the period of June 24 to July 8.

The study found that 29 per cent of migrants, who had left for villages, are now back in cities, while 45 per cent want to return to cities.

“Absence of skilled employment in villages is reflected in the fact that nearly 2/3rd of returned migrants have either migrated again or wish to do so,” it said.

The study also found that migrants who returned are engaged mainly in labour work in villages  – more than 80 per cent of them – which reflects absence of skilled employment in villages.

“More than one-fourth of the migrant workers are still searching for work in villages,” the study found.

It also found that one in 4 households is thinking of taking their child out of school (24 per cent).

“Though distress is still considerable, structural changes are not yet visible and the health risk of COVID-19 in rural India is rising,” the study warned.

The survey found that 43 per cent of households still reported reduction in meals, while 55 per cent said they have reduced the meal items.

“Marked improvement (in comparison to period during the lockdown) in food intake – it is likely that grain availability through PDS (public distribution system) has helped households improve the consumption as well as reduced the need to buy from the market,” the study noted.

The study found that about 6 per cent of households have mortgaged household items, while 15 per cent sold their livestock to cope with financial distress.

In sale of productive assets for coping, the study found that 2 per cent of households have sold dry cattle and milk cattle each.

The survey found that women in households where migrant members have returned experienced more work load compared to other household members.

On government schemes, the study found that 71 per cent of households have LPG and 85 per cent of those have it through Ujjwala Yojana.

On changing of plans, the study found that 35 per cent of households have postponed a ceremony, while 13 per cent have reduced the number of guests without postponing the ceremony.