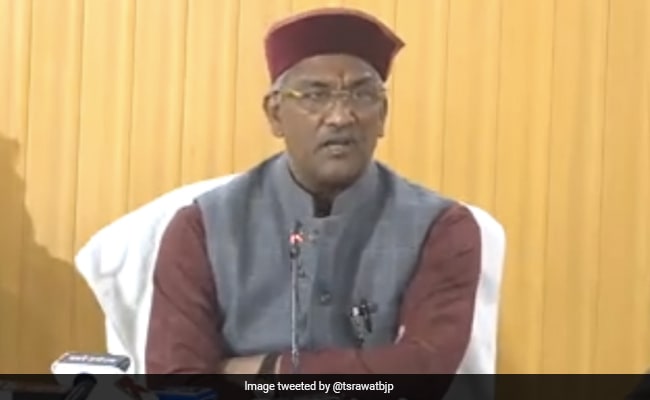 Uttarakhand Chief Minister Trivendra Singh Rawat on Tuesday called on Prime Minister Narendra Modi in Delhi and underlined the need to establish a centre for the study of glaciers and water resources in the state in view of its vulnerability to natural disasters. Mr Rawat also apprised the prime minister of the damage caused to life and property by the recent flash flood in Rishiganga river in Chamoli district and search and rescue operations conducted in the affected areas, an official release said.

Expressing his gratitude to the prime minister and the Centre for the urgency with which they extended a helping hand to the state government for dealing with the disaster, Mr Rawat said relief is being distributed among the affected people in 13 flood-hit villages on a war footing, it said.

On the artificial lake formed above Rishiganga as a result of the recent avalanche, Mr Rawat said scientists from institutions like the Wadia Institute of Himalayan Geology and the Geological Survey of India have done an on-the-spot inspection of the site.

Constant vigil is being maintained on the lake by experts and efforts are underway to facilitate discharge of more water from it, he said.

It is in this context that Rawat underlined the need for establishing a centre for the study of glaciers and water resources in the state, the release said.

Mr Rawat also apprised Modi of the ongoing preparations for the forthcoming Kumbh Mela in Haridwar and the reconstruction projects underway in Badrinath and Kedarnath.

The chief minister also emphasised the need for a policy of compensatory afforestation on degraded forests in case of transfer of forest land for state government projects, the release said.