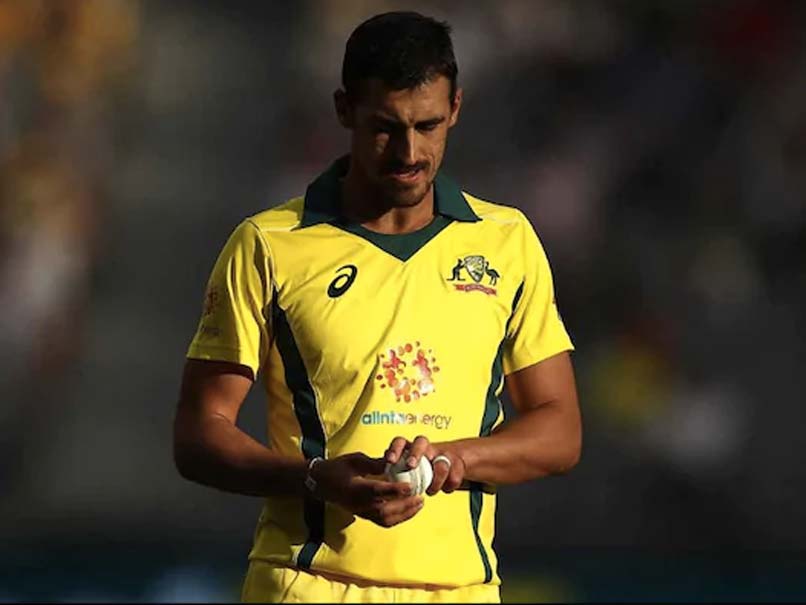 Mitchell Starc said nothing has been finalised in regards to Australia’s tour of England.© Twitter


Australia pacer Mitchell Starc has said that the side’s England tour has not been finalised yet and the team’s management is having discussions about the challenges of the tour. Australia are scheduled to tour England in September for a limited overs series, comprising of three ODIs and as many T20Is. However, Starc has said that nothing has been finalised yet looking at the coronavirus pandemic. He also said that the management would be holding a meeting on August 6 to discuss the tour.

“It’s still very much up in the air which is the way of the world at the moment. It’s changing day by day. We’re having weekly meetings about the challenges of the tour and where this all sits,” cricket.com.au quoted Starc as saying.

“We’ve got another one on Thursday to see if there are any progressions on that. All the players are preparing to play and planning to go. It’s now up to Cricket Australia and the government on both sides as to whether we jump on that plane. In terms of the cricket, we’ll just get ready for the series,” he added.

Earlier today, Cricket Australia (CA) confirmed the postponement of the men’s T20I series against West Indies which was slated to be played in October this year.

CA and the West Indies Cricket Board agreed to postpone the T20I originally scheduled for Queensland in October. The matches were scheduled to be played at Townsville, Cairns and the Gold Coast on October 4, 6 and 9 respectively.

These matches were to serve as warm-ups for the ICC T20 World Cup but the tournament had already been postponed due to the coronavirus pandemic.

“In light of this development, and given the preference to host the warm-up three-match T20 series against the West Indies to coincide with the rescheduled T20 World Cup in Australia (which will take place in either 2021 or 2022), it has been agreed to postpone the matches,” CA said in an official statement.

With the postponement of the series between Windies and Australia, cricketers from both countries will be able to play in IPL 2020.