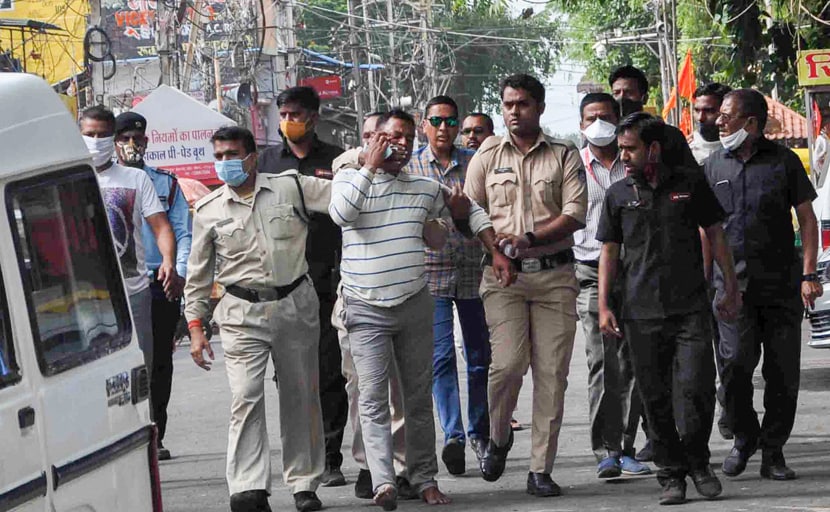 Vikas Dubey was killed in an encounter earlier this month (File)

Richa Dubey, the wife of late gangster Vikas Dubey, said that her husband was an anxiety patient and was undergoing treatment for the past three to four years.

Speaking to ANI, when asked why did Vikas Dubey kill policemen in Kanpur encounter, Richa said, “I have said before that I have no knowledge in this regard. If I were there, I would have tried to stop him. I could have stopped the incident as I had the ability to stop Vikas, but I cannot say what was God’s wish. What I can say is that Vikas was an anxiety patient and I was facilitating his treatment for the past three to four years, I have the reports. I think that Vikas had the anxiety attack and that is why he committed a mistake.”

“Vikas called me and said that there is firing going on in the village and you should go away from the house with children. So I went away immediately,” she said while speaking about the incident.

“We went to a complex near Pheonix mall and there on the terrace, we spent seven days,” she continued.

When asked if her husband told her about the killing of eight policemen, she said, “He never told me anything related to the incident, he only asked me to go away with children. Many times I have heard that there have been instances of firing in the village or a fight, so I thought it was something normal.”

“In the morning when I watched the TV, I got scared and was unable to do anything after getting scared,” she said.

“Last time I went to Vikas Dubey’s house was five years ago on June 19 for hardly two days. With his family, I have normal relations just like everyone has with in-laws,” she added.

When asked regarding the police’s action, she said, “I have full faith in judiciary, government and the Chief Minister of the state. What they will do, it will be in the interest of mine.”

Vikas Dubey was arrested by the Madhya Pradesh Police on July 9 from the premises of the Mahakal Temple in Ujjain after he was on the run for some days following the encounter in Kanpur, where eight policemen were killed. The Uttar Pradesh Police killed Vikas Dubey in an encounter on July 10 after he ”attempted to flee” while being taken to Kanpur from Ujjain.