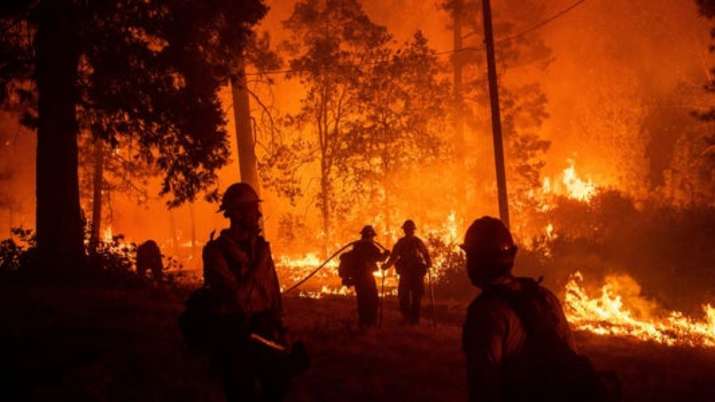 A wildfire raging in the US state of Wyoming has scorched over 17,606 acres, the Bureau of Land Management (BLM) said.

According to the latest information updated by the local BLM office on Friday, the blaze dubbed “Neiber Fire” started on Tuesday south of Worland, a rural small city with 5,000 residents, and the cause is unknown so far, reports Xinhua news agency.

The fire was estimated at 2,000 acres in size when it was first reported, but hot, dry and windy conditions, as well as difficult terrain, hampered firefighters’ efforts to contain it.

At least six planes, some 200 firefighters have been assigned to fight the blaze, which is still burning even though the authority said 30 per cent had been contained.

Meanwhile, the BLM office in the state issued new Stage 1 fire restrictions “due to dry conditions and high fire danger”, effective Friday in seven counties, prohibiting many behaviours dealing with fire, such as building, maintaining, attending or using a fire or campfire except within agency-provided fire equipment.