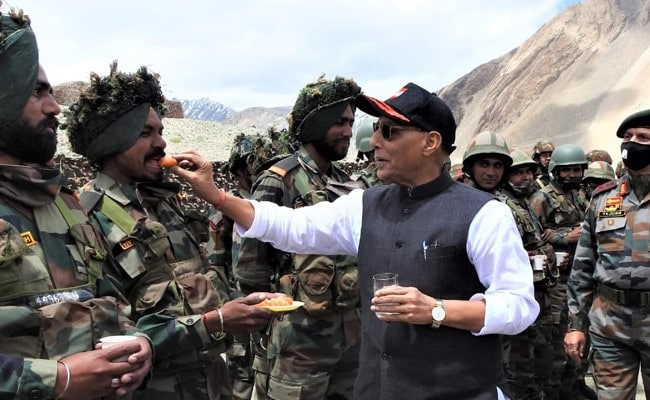 Witnessed the fire and fury of the Indian Army, said Rajnath Singh.

Defence Minister Rajnath Singh on Friday said that he witnessed the fire and fury of the Indian Army during the para dropping exercise and other military demonstrations at the Stakna monastery near Leh. He is on a two-day visit to Ladakh and Jammu and Kashmir.

He also inspected a Pika machine gun and said that he was proud of the brave and courageous soldiers.

“Witnessed the fire and fury of the Indian Army during the para dropping and other military demonstrations at Stakna near Leh today. Also, I got the opportunity to interact with them. I am proud of these brave and courageous soldiers,” Mr Singh said.