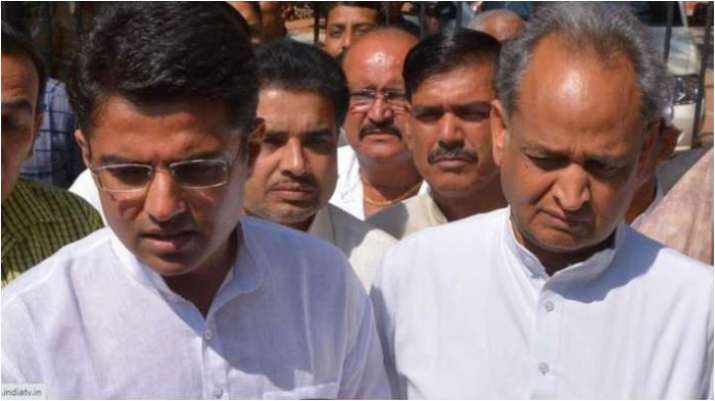 The threat was real though the numbers didn’t add up. A charismatic, younger face was up in arms against him and his reign in Rajasthan was under threat. But seasoned as he is in political manoeuvres, Rajasthan Chief Minister looked firmly in control as the day wore on. By Tuesday night, it was certain that Ashok Gehlot would still remain in the seat of power and that he had won the first round of his battle with Sachin Pilot.

Sachin Pilot rattled the political circles with his rebellion on Sunday. It seemed a repeat of what happened in Madhya Pradesh. A young gun took on the old guard and brought the government down. But initial fears turned out to be unfounded and it was soon clear that the game in Rajasthan was not as straightforward as the one in Madhya Pradesh. Here’s what happened.

Sachin Pilot and his supporters skipped the legislative party meeting on Monday as well as Tuesday. The meeting called on Tuesday was almost like a second chance offered to Sachin Pilot to come back to the party fold. Sachin Pilot’s attendance at the meeting would have sent political signals suggesting the rebellion was over.

But that was not to be. Sachin Pilot camp skipped the meet. Prior to this, Pilot had spurred Congress’ overtures by refusing to speak with party troubleshooters (Randeep Surjewala, Ajay Maken) who were sent to Jaipur on Sunday to calm the situation.

Pilot’s decision to stay away from Congress Legislative Party meeting on Tuesday appeared like the last straw.

After the meeting, Congress spokesperson Randeep Surjewala announced in front of the media that Sachin Pilot was removed as Deputy Chief Minister of Rajasthan and Rajasthan Congress chief.

This signified a big blow to the Sachin Pilot camp. The leader who looked poised to topple Rajasthan Governement was suddenly stripped of the powerful position in the state.

Moreover, this signalled that Ashok Gehlot had not lost his grip on state politics and was firmly in charge.

Later in the evening, Ashok Gehlot returned to his residence along with the MLAs. Gehlot seemed relaxed as he travelled on the same bus as MLAs. He even waved triumphantly at media persons.

What now for Sachin Pilot?

BJP has already started courting Sachin Pilot. Rajasthan BJP chief Satish Poonia has said that the party will welcome Sachin Pilot if he chooses to join. There has been no official comment on this from Sachin Pilot.

Sachin Pilot may have lost the first round in his power tussle with Ashok Gehlot but his political might and appeal remain intact. His camp has said that he will address a press conference on Wednesday (July 14).

If he decides to join BJP, it may boost BJP’s political power in a state where it is still trying to regain lost ground.

Khabar Se Aage: Sachin Pilot removed as Rajasthan Deputy CM but crisis far from over. What next?