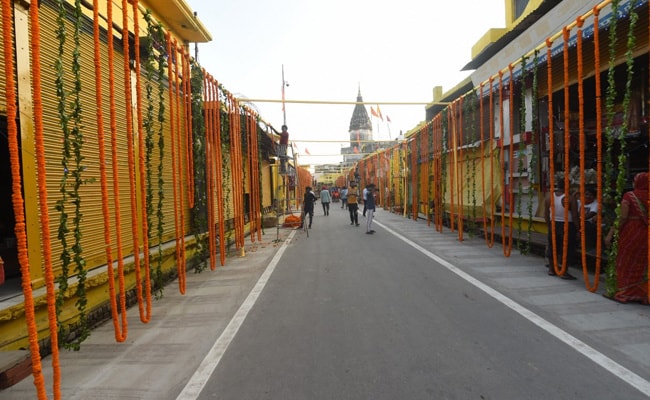 Besides PM Modi, 50 VIPs including UP Chief Minister Yogi Adityanath will attend the event.

A temple to Lord Ram at Ayodhya will get started today with a ground-breaking ceremony attended by Prime Minister Narendra Modi and other VIPs. The temple town has been lit up in resplendent purple and green. Huge CCTV screens dot the town, in which locals can follow the ceremony that will begin at noon.

A 40-kg silver brick, which will symbolize the beginning of the construction – is at the heart of today’s ceremonies. Images released on Monday showed the proposed temple will be a grand three-storey stone structure with multiple turrets, pillars and domes. The temple will be 161 feet tall and almost double the size of what was originally planned, its architect said.

The guest list for the grand event has been severely trimmed in view of coronavirus. Besides PM Modi, 50 VIPs including Uttar Pradesh Chief Minister Yogi Adityanath and RSS chief Mohan Bhagwat will attend the ceremony.

BJP veteran LK Advani — who was the face of the movement to build a Ram temple in Ayodhya in the 1990’s —  will attend the ceremony virutally. “Destiny made me perform a pivotal duty in the form of Ram Rath Yatra from Somnath to Ayodhya in 1990 which helped galvanise aspirations, energies and passions of its countless participants,” he said.

The dispute over the Ram Janambhoomi site was resolved last year, as the Supreme Court gave a go-ahead for a temple to be built by a specially appointed trust. The Centre was asked to give Muslims land elsewhere in Ayodhya for a mosque.

Here are the live updates on ‘Bhoomi Pujan’ ceremony at Ayodhya:

Section 144 has been imposed in Karantaka’s Kalaburagi in the wake of “bhoomi pujan” at Ayodhya.

“Section 144 imposed in Kalaburagi City in the wake of bhoomi pujan in Ayodhya. Order will be in force from August 4, 3 pm to August 6 till 6 am,” Police Commissioner, Kalaburagi City said. 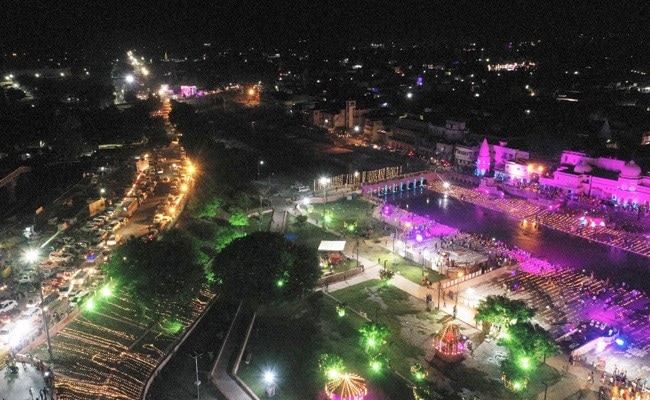 The temple town has been lit up in resplendent purple and green. Huge CCTV screens dot the town, in which locals can follow the ceremony that will begin at noon.

For all yesterday’s updates on preparations on Ayodhya ceremony, click here