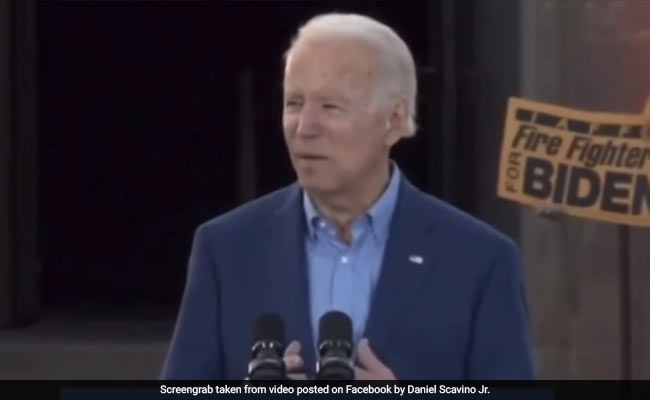 There is no mention of Tibet in the proposed 2020 platform of Joe Biden’s Democratic party.

The United States under a Joe Biden administration will continue to invest in strategic partnership with India, if he is voted to power, according to the proposed 2020 Democratic Party Platform.

Running into 90 pages, the platform covers all policy aspects, including national security and foreign policy, and will be adopted by its delegates during the party’s national convention in Wisconsin. The four-day convention from August 17 to 20 will formally nominate former vice president Joe Biden as its candidate for the November 3 presidential elections.

“We will continue to invest in our strategic partnership with India – the world’s largest democracy, a nation of great diversity, and a growing Asia-Pacific power,” the proposed Democratic Party Platform said.

When it comes to India, there is not much different between the party’s 2020 platform and that in 2016, when former Secretary of State Hillary Clinton was the presidential nominee.

“We will continue to invest in a long-term strategic partnership with India-the world’s largest democracy, a nation of great diversity, and an important Pacific power,” the 2016 platform had said.

However, unlike in 2016, the current proposed platform makes no mention of Pakistan and this time, it has elaborated its policy on China in more detail than ever in the past.

“Democrats’ approach to China will be guided by America’s national interests and the interests of our allies, and draw on the sources of American strength – the openness of our society, the dynamism of our economy, and the power of our alliances to shape and enforce international norms that reflect our values,” the platform, which was considered by the 2020 Platform Committee at its meeting on July 27, noted.

“Undermining those strengths will not make us ”tough on China”. It would be a gift to the Chinese Communist Party,” it said.

The 2020 proposed platform also stated that America must approach its relationship with China with confidence. The confidence to lead international efforts to push back on malign behavior while also pursuing cooperation on issues of mutual interest like climate change and nonproliferation and ensuring that the US-China rivalry does not put global stability at risk, it said.

“Democrats believe that if the United States does not work with its allies and partners to shape the terms of global trade, China will shape them for us – and American working families and the middle class will pay the price. That’s why we will work with our allies to mobilize more than half the world”s economy to stand up to China and negotiate from the strongest possible position,” it said.

As compared to China being mentioned 22 times in the latest platform, it figured only seven times in 2016.

“Democrats will use all our trade enforcement tools to hold China and other trading partners accountable – because no country should be able to manipulate their currencies to gain a competitive advantage,” the 2016 platform had said.

There is no mention of Tibet in the proposed 2020 platform of the Democratic party.

“We will promote greater respect for human rights, including the rights of Tibetans,” it said in its 2016 platform.

According to the proposed 2020 platform, if voted to power, the Democrats will take aggressive action against China or any other country that tries to undercut American manufacturing by manipulating their currencies and maintaining a misaligned exchange rate with the dollar, dumping products like steel and aluminum in US markets, or providing unfair subsidies.

“Unlike President Trump, we will stand up to efforts from China and other state actors to steal America”s intellectual property and will demand China and other countries cease and desist from conducting cyberespionage against our companies,” it said.

Describing climate change as a global emergency, the 2020 platform vows to rejoin the Paris Climate Agreement.

On day one of the Biden administration, which among other things will also seek higher ambition from nations around the world, “putting the United States back in the position of global leadership where we belong”, it said.

According to the platform, Democrats believe that diplomacy should be America”s tool of first resort.

The world’s greatest power deserves to have the world’s very best diplomatic corps. But today, American diplomacy is badly adrift and under resourced, and its diplomats are demoralized, the platform rued.