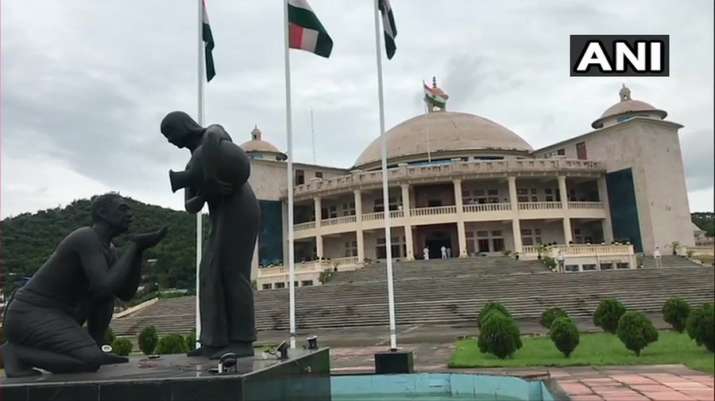 The Bharatiya Janata Party-led coalition government headed by chief minister Nongthombam Biren Singh sailed through the trust vote (in a voice vote) in the Manipur assembly on Monday evening. All 28 BJP MLAs, and 16 Congress MLAs were present during voting. 8 Congress MLAs were absent. “We have won the trust vote by voice vote. Whatever the Speaker is doing is as per the rules. The opposition MLAs were in less number,” Manipur CM N Biren Singh told ANI after BJP govt winning trust vote in Assembly.

After the trust vote, Congress MLAs raised protest & threw chairs in the well of the House. Former Manipur CM and CLP leader Okram Ibobi Sing said, “There is no rule of law in Manipur. We are demanding division of vote. They (BJP) don’t like it. Within the ruling party, a lot of people don’t like this government.”

Meanwhile, 6 Congress MLAs have tendered their resignations to the Assembly Speaker.

The 60-member Manipur assembly had earlier been reduced to a strength of 53 after four members were disqualified under the anti-defection law and 3 BJP MLAs resigned.

Speaker Yumnam Khemchand presided over the session in the presence of the deputy speaker.