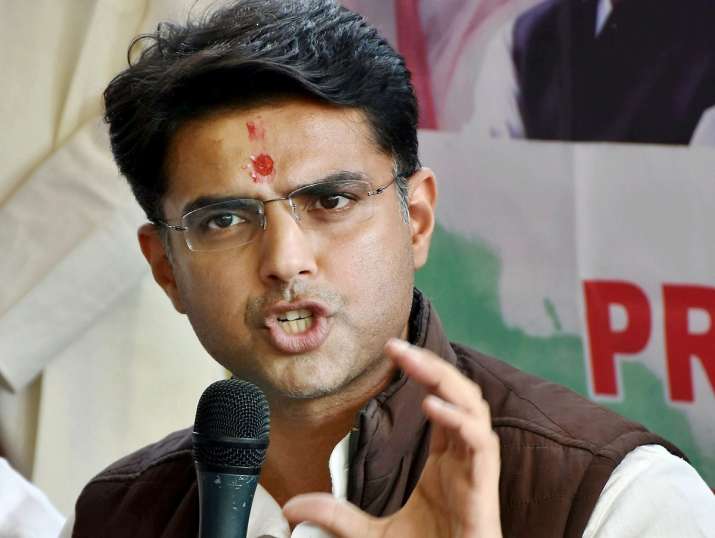 Amid political tussle in Rajasthan, Congress rebel leader Sachin Pilot on Monday said that he is not greedy for any post in the party or the Rajasthan government, but he fought completely for his own self-respect. Pilot made these comments during his interaction with media hours after his meeting with Rahul Gandhi and Priyanka Gandhi Vadra today.

During his interaction, Sachin Pilot said, “Several things were said, I heard a lot of things. I was surprised by a few things that were said. I think we should always maintain restraint and humility. There is no place for personal malice in politics. We had formed government in Rajasthan after 5 years of hard work.”

“Since past some time some MLAs were in Delhi, there were some issues which we wanted to highlight. I did that. I’d been saying since the beginning that all these things were based on principle. I always thought these things are essential to be raised in party’s interest,” Pilot mentioned.

“Party gives us post and can also take it back. I’ve no desire for any post but I wanted our self-respect to remain intact. I’ve contributed to the party for 18-20 years now. We’ve always attempted to ensure the participation of people who worked hard to form the government,” Pilot added.

Following Pilot’s meeting with Rahul Gandhi, Congress has also said that a 3-member panel will listen to Sachin Pilot’s grievances. Regarding this, he said, “Sonia Gandhi heard all our concerns and the governance issues that we raised. The formation of the 3-member committee by the Congress President is a welcome step. I think all the issues will be resolved.” Meanwhile, reports say that Sachin Pilot may leave for Jaipur as early as tomorrow.

Since past some time some MLAs were in Delhi, there were some issues which we wanted to highlight. I did that. I’d been saying since beginning that all these things were based on principle. I always thought these things are essential to be raised in party’s interest: Sachin Pilot pic.twitter.com/QJy7Vnl8Dl

Earlier today, Congress leader KC Venugopal, General Secretary of the All India Congress Committee said that the rebel leader will remain in the party as he expressed his grievances with the top leaders of the party.