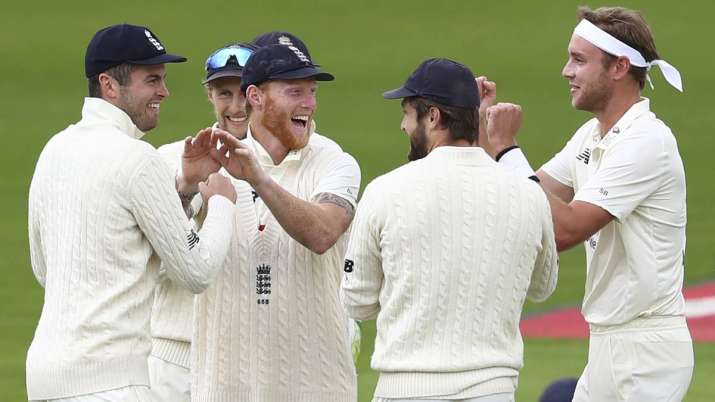 Ben Stokes delivered crucial contributions with bat and ball to lead England to a 113-run win over the West Indies late on the final day of the second test, tying the three-match series at 1-1 on Monday.

Needing to bat out 85 overs to salvage a draw and retain the Wisden Trophy, the West Indies was dismissed for 198 with 14.5 overs and one hour left of a test played at an empty Old Trafford.

The third test starts on Friday and will also be in Manchester.

England set the West Indies an unlikely victory target of 312 after declaring 11 overs into the day, having quickly added 92 runs — chiefly through Stokes — to get to 129-3. Transitioning into limited-overs mode, the swashbuckling allrounder smashed 78 off 57 balls to follow up his 176 from the first innings.

The West Indies was reduced to 37-4 after 15 overs of the reply, but a fifth-wicket stand of 100 runs between Shamarh Brooks and Jermaine Blackwood gave them hope of a draw — only for Blackwood to fall to Stokes on the last ball before tea.

There was some defiance by the West Indies’ lower order but England grabbed the wickets to send the series to a decider.

A full day — on Saturday — was lost to rain in Manchester.

In a worry for England ahead of the third test, Stokes failed to complete his 15th, and what proved to be final, over of the day because of an apparent muscle strain.