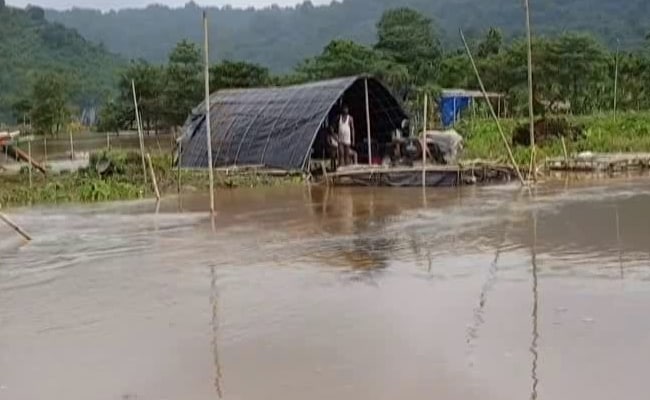 On Tuesday, 13,800 persons were reported to be affected across the three districts. (File)

Dhemaji, Baksa and Morigaon districts of Assam continued to remain submerged on Wednesday, even as floodwaters receded from most parts of the state, according to an official bulletin.

At present, 14,205 people are suffering due to the deluge in these three districts while 7,009 hectares cropland is affected, according to the daily flood bulletin of the Assam State Disaster Management Authority (ASDMA).

Dhemaji is the worst-hit district with 12,908 people affected, followed by Baksa where 1,000 people are suffering, and Morigaon with 297 people hit by the calamity.

On Tuesday, 13,800 persons were reported to be affected across the three districts.

The total number of people losing their lives in this year’s flood and landslide stands at 136 across the state. Of them, 110 persons were killed in flood-related incidents and 26 died in landslides.

Altogether 81 villages are under water and most of them are in the Dhemaji district, the ASDMA said.

Embankments, roads, bridges, culverts and other infrastructure were damaged in Bongaigaon and Baksa districts, the bulletin said.

One of the ten forest camps is submerged in rhino habitat Pobitora Wildlife Sanctuary in Morigaon district, it added.