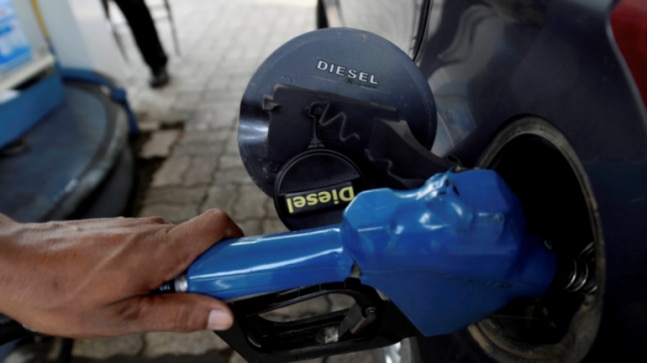 Petrol rates have again gone up by 21 paise while diesel price has increased by 17 paise after today’s fresh upward revision. While there has been a gradual decline in the amount of daily rate increase, price of petrol and diesel have gone up cumulatively by Rs 8.87 and Rs 10.80 respectively since June 7.

After today’s price revision, petrol is retailing at Rs 80.13 per litre in Delhi and diesel rate has increased marginally to Rs 80.19.

In Mumbai, the cost of a litre of petrol is just 9 paise less than Rs 87 while diesel price has climbed to Rs 78.51. The rates continue to climb in other cities like Kolkata, Chennai, Bengaluru as well.

Besides Mumbai, petrol prices are alarmingly high in Rajasthan’s Jaipur at Rs 86.94 per litre and some places in Madhya Pradesh, where rates are as high as Rs 89.32 per litre.

Over 12 top cities are now paying Rs 80 or more for a litre of petrol. Meanwhile, Jaipur and New Delhi are the two cities which are paying in excess of Rs 80 for a litre of diesel.

It is worth mentioning, however, that diesel prices continue to remain high in other top cities including Kolkata, Chennai and Bengaluru.

The sharp increase in fuel prices in India comes at a time when global oil markets are performing weakly due to tepid demand outlook and fears about another supply glut.

While global oil prices rose about 2 per cent on Thursday, volatility remains high and price gains were limited.

Many political leaders from opposition parties are now protesting in India against the sharp fuel hike as international rates remain low at just above $41 per barrel.

A section of the industry and several citizens are also angry over the fact that diesel now costs more than petrol in the national capital. Diesel price overtook petrol in Delhi on Wednesday due to an uneven increase in VAT.

However, analysts suggest that oil prices could rise further in India as the government falls short of revenue due to the ongoing economic crisis triggered by the coronavirus pandemic.