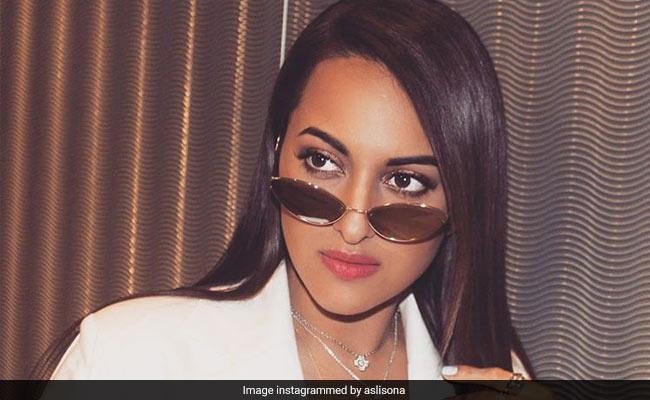 In the debut episode of Ab Bas, Sonakshi has Special IGP of Maharashtra Police Shri Pratap Dhigavkar and cyber-crime investigator Ritesh Bhatia as guests. “Trying to understand the basics of what exactly is cyber bullying and trolling and how it can affect one’s life,” Sonakshi added to her post.

Sonakshi Sinha is one of those celebs who is often locked in hostile exchanges with trolls and has a reputation for standing up to online abuse and shutting trolls down with her sassy replies. On June 20, the 33-year-old actress announced her exit from Twitter, writing: “The first step to protecting your sanity is to stay away from negativity.” Sonakshi also often chooses to deactivate the comments section in her Instagram posts.

Sonakshi Sinha is often subjected to trolling on social media, which escalated after she failed to answer a Ramayan related question on Kaun Banega Crorepati last year. Sonakshi is also known for tweeting about fake news concerning her on social media. Earlier in April, she slammed a publication on Twitter for saying she stepped out of her house during the lockdown. Ahead of that, Sonakshi had also posted a sarcastic tweet, calling out netizens who assumed she didn’t contribute to coronavirus relief funds. The Dabangg actress had also confessed about being body-shamed on social media in an Instagram video but said she overcame the negativity with the thought that she’s “‘Bigger than them’ … Pun intended.”

Sonakshi Sinha is best known for starring in films such as the Dabangg series, Action Jackson, R… Rajkumar, Kalank, Lootera, Mission Mangal and Khandaani Shafakhana. Her upcoming movies include Laal Kaptaan, Dabangg 3 and Bhuj: The Pride of India.