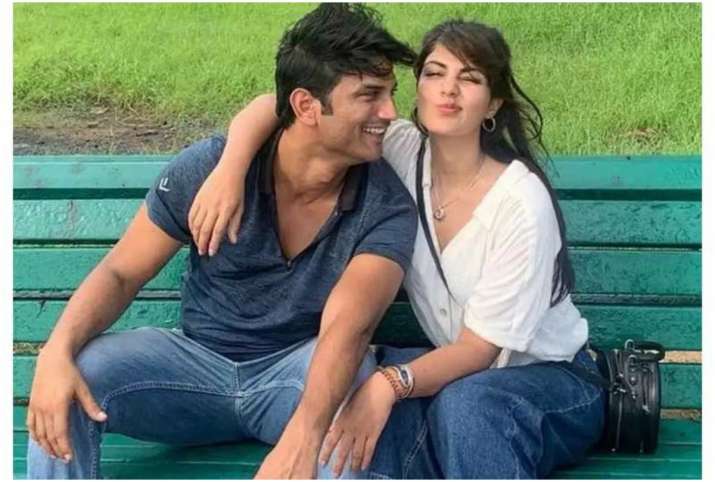 In a petition filed in Supreme Court by Rhea Chakraborty today, she said that she has been falsely implicated in the case filed by KK Singh and it has been filed “only to harrass her”. She admitted that she was in a live-in relationship with Sushant SIngh Rajput since a year till 8.6.2020 and she had temporarily shifted to her own residence in Mumbai six days before Sushant died by suicide.

In her petition, Rhea said that Sushant was suffering from depression from some time and he was also on anti-depressants, he committed suicide on June 14, 2020 by hanging himself at his Bandra residence. The petition further said ‘Unnatural Death Report’ was filed by Bandra Police station in Mumbai and causes leading to such a drastic step is being examined. In the petition Rhea said that she was summoned and her statement was recorded under Section 175 of CrPC.

She said she has received various rape and death threats and she is in deep trauma due to the death of Sushant.

She alleges that Bihar police mechanically investigated without jurisdiction instead of sending the FIR to Bandra Police Station. Commencement of investigation in Patna is “erraneous” while seeking transfer of the case from Patna to Mumbai.

She denied all the allegations in the FIR as false and concocted with ulterior motive. Below is a list of allegations that she has denied in her petition:

Sushant was an established actor and therefore, under a pre-planned conspiracy, she got close to him to boost her film career

She left Sushant’s house in Mumbai on 8th July with valuables.

She said that she has been a victim and has been trolled on social media platforms with various threats and she has reported the same to cybercrimemedia through her Twitter.

Sushant Singh Rajput was found dead in his apartment in Mumbai’s Bandra on June 14. Amng the many theories regarding his death, Mumbai Police is investigating allegations of nepotism and his reported depression. In this regard, more than 50 people have recorded their statements so far in the case, including Rhea Chakraborty, Shekhar Kapoor, Aditya Chopra, Sanjay Leela Bhansali, Mukesh Chhabra, among others. Police have questioned Sushant’s staff and are now trying to question Rhea and her brother Shovik Chakraborty.