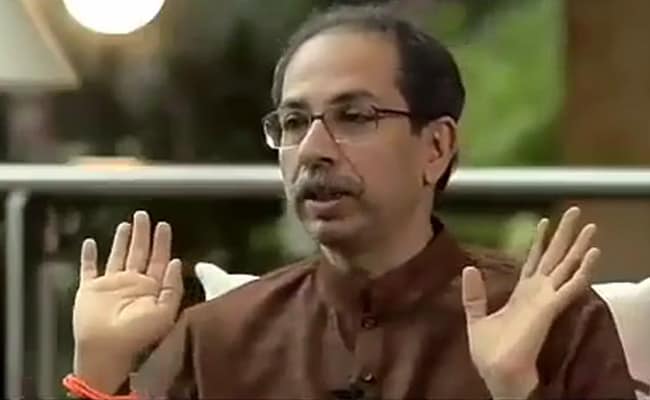 Maharashtra Chief Minister Uddhav Thackeray’s interview is to be released over the weekend.

Maharashtra Chief Minister Uddhav Thackeray has recorded an interview for his Shiv Sena’s mouthpiece “Saamna” with party MP and spokesperson Sanjay Raut. “I am not Donald Trump. I cannot see my people suffer in front of my eyes,” the Chief Minister says in a teaser doing the rounds on social media.

The interview is to be released on the weekend in two parts.

US President Donald Trump has been facing criticism over his handling of the Covid-19 pandemic, especially his resistance to tougher restrictions. Uddhav Thackeray has been cautious on easing restrictions, fearing a second wave of infections.

The Chief Minister’s comment, though the full context is not yet known, is seen as a reference to the head of a state downplaying the pandemic. This is his response to Sanjay Raut asking him when “Vada Pav”, a popular snack, will be available on the streets of Mumbai and adding that people are fed up of curbs.

The Chief Minister also explains why Maharashtra, despite wanting exams, cannot hold them at this stage of the coronavirus crisis. His son, also the state’s tourism, environment and protocol minister Aaditya Thackeray has challenged the decision to hold final year college exams in the Supreme Court.

No one should be under the impression that students cannot be exposed to the coronavirus, Mr Thackeray says in the interview. He goes on to add that if he is convinced about something, he does not care about criticism. “Even I want exams to be held but…,” he trails off.

Maharashtra Minister Aaditya Thackeray had tweeted on Saturday had tweeted on Saturday, “Today Yuva Sena has filed a writ petition in the Supreme Court with a humble prayer to save lives of lakhs of students, teachers, non-teaching staff and their families by asking the UGC to not be stubborn about enforcing examinations when India has crossed the 10 lakh cases mark.”

In a blog written for NDTV.com, senior NCP leader and the state’s water resources minister Jayant Patil wrote, “There are also questions about how states will manage large gatherings of students and the impossibility of maintaining social distancing. All this has been raised by Aaditya Thackeray in his petition in the Supreme Court. There will be thousands of students who won’t be able to appear for examinations for reasons beyond their control, and it will be a grave injustice to them if deprived of the opportunity to study in the next academic session. We cannot put the health and the lives of lakhs of students in danger because of our ill-conceived decisions.”

NCP Chief Sharad Pawar, who was also interviewed by Sanjay Raut, had praised the Chief Minister for deciding to ease the curbs during the Covid-19 lockdown at the right time in his ‘cautious approach’. Mr Pawar had also made it clear in the same interview that there was no difference of opinion between him and Mr Thackeray on the state government’s virus strategy and that they had discussed the relaxations.