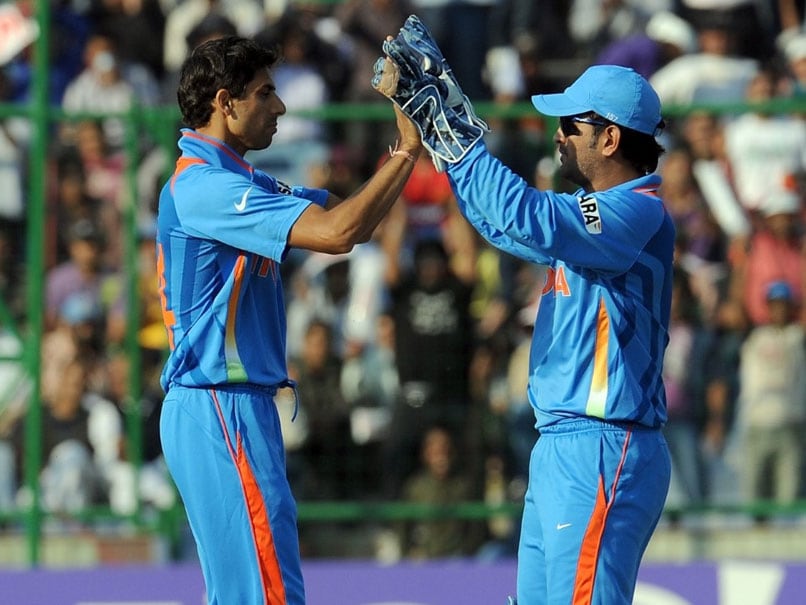 
MS Dhoni and his future with the Indian cricket team has been a big talking point among fans and experts for quite some time now. Dhoni, who last played a competitive game in July last year, hasn’t said anything about his international future, further fuelling the debate about his retirement. Former India fast bowler Ashish Nehra, who played under Dhoni in the Indian team as well as Chennai Super Kings, feels that the former India skipper has already played his last game for India and that he will not be seen donning the blue jersey again.

Nehra said that MS Dhoni‘s comeback is a hot topic of debate just because he hasn’t formally announced his retirement yet.

Nehra also added that irrespective of his form in the Indian Premier League (IPL), if Dhoni makes himself available for the Indian team, then he will be the first pick on his teamsheet.

What are your thoughts on MSD’s return to international cricket? Join the conversation, tonight with @mj_slats & @jatinsapru only on #CricketConnected! pic.twitter.com/eFt8QnX7ZE

“As much as I know MS Dhoni, he has played his last game for India happily. MS Dhoni has nothing to prove and we, in the media, discuss all these things because he hasn’t announced his retirement. Only he can tell what’s in his head,” said Nehra, on Star Sport show ‘Cricket Connected’.

“See as far as MS Dhoni’s international career is concerned, I don’t think this IPL has anything to do with it. If you are a captain, a selector or a coach and if MS Dhoni is ready to play, he will be my number one name on the list,” he added.

Dhoni’s last international appearance came in July 2019 when India lost to New Zealand in the semi-final of World Cup 2019. Dhoni had kept Indian hopes alive with a valuable half-century but was run out at a crucial moment in the game, which turned the tide in New Zealand’s favour.

Referring to Dhoni’s knock in that game, Nehra said that his game never dipped and till the time he was at the crease India had hopes of reaching the final.

“For me MS Dhoni’s game never came down, till the last game he played India had hoped to reach the World Cup final, till the time MS Dhoni was there. The minute he got run out everybody’s hopes were gone. It shows where his game was even at that time,” said Nehra, who retired from international cricket in 2017.

Pointing out the benefits of having a senior pro like MS Dhoni in the team, Nehra said he knows how to carry the team forward and motivates youngsters to push their limits.

Unlike popular opinion that IPL 2020 will be key to Dhoni’s comeback in the Indian team, Nehra feels the tournament can’t be the selection criteria for a player of MS Dhoni’s stature.

“He knows how to run the team, he knows how to push youngsters forward, all those things I don’t need to repeat again and again. I don’t this IPL makes any difference to his stature, his aura as a player and I don’t think so that a tournament like IPL should be MS Dhoni’s selection criteria,” said Nehra, who is associated with Royal Challengers Bangalore (RCB) in the IPL.

Like most Indian cricketers, Dhoni will return to action during the much-anticipated IPL 2020, which is set to begin in September in the United Arab Emirates (UAE).

Chennai Super Kings, the franchise Dhoni has led to three IPL titles, lost to Mumbai Indians in the summit clash last year and will be looking to go all the way this year and lift the IPL for the fourth time.