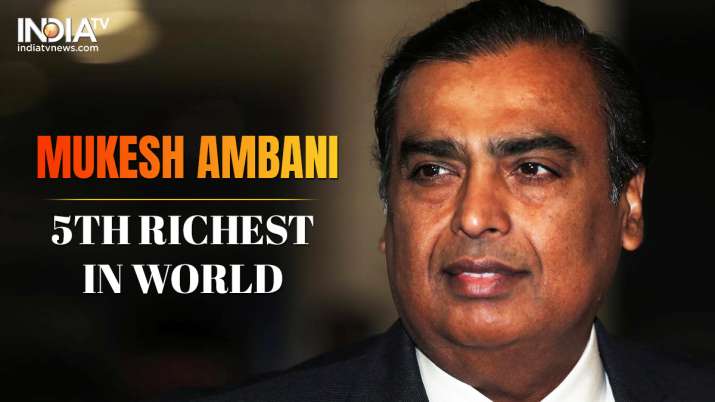 Billionaire Mukesh Ambani is now the world’s fifth-richest man. The Real-Time Billionaires List by Forbes Magazine shows Ambani, the chairman of oil-to-conglomerate Reliance Industries, at the fifth position, just below Facebook’s Mark Zuckerberg. Ambani’s wealth is pegged at $75 billion, meaning Rs 5.61 lakh crore. Amazon founder and CEO Jeff Bezos is at the top with a net worth of $185.8 billion.

According to Forbes, Mukesh Ambani is wealthier than Larry Ellison, Elon Musk, Warren Buffet, Steve Ballmer, Larry Page…and the list goes on. On Wednesday, Reliance Industries’ shares surged to an all-time high of Rs 2,010, taking the group’s market capitalization to Rs 12.70 lakh crore. Marking a jump of 4.49 percent, Ambani’s net worth increased by $3.2 billion on Wednesday. We have for you the Top 10 richest people in the world who figure along with Ambani.

TOP 10 RICHEST PEOPLE IN THE WORLD

“Will Perform BJP’s Last Rites On May 2,” Says Chief Of Ex-Ally In Assam

“March 1 Is Like An Anniversary For Me”: Delhi’s First Covid Patient