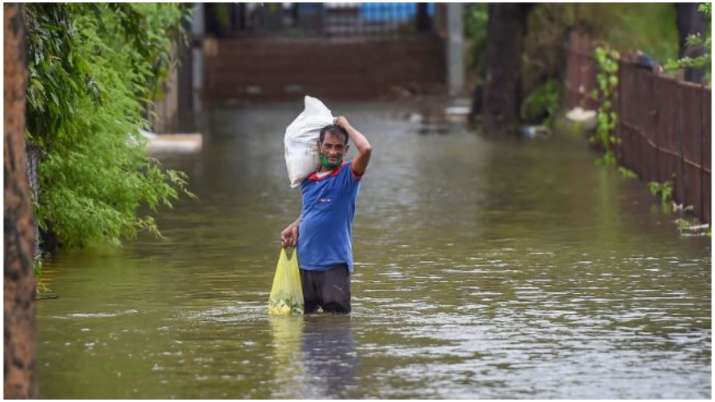 Mumbai Rains: Rains are continuously lashing the maximum city. As Chief Minister Uddhav Thackeray reviewed the situation on Thursday, BJP demanded that the state government pay each Mumbaikar Rs 10,000 compensation to every Mumbaikar. The party asked the state government to declare the present situation to be a ‘natural calamity’.

When such a status is declared by the state government, it becomes easier for the state to release money as compensation. However, the declaration also has political connotations with the Opposition parties may leverage to renew their attack on the government.

BJP MLA Atul Bhatkhalkar wrote a letter to Uddhav Thackeray and made the demands. BMC Commissioner IS Chahal has already said that the situation in the is as if a storm had hit on its shores.

Bhatkhalkar said in his letter that as Mumbai and its suburbs received 294 mm rain in mere 12 hours, the situation was not just about water logging. He urged the state government to declare the situation to be natural disaster and release compensation for citizens.

Making his casem Bhatkhalkar said that coronavirus pandemic had already hit daily wage workers. Rains have struck the city even as the Covid-19 outbreak was not under control completely. He asked Uddhav Thackeray-led state government to act fast.