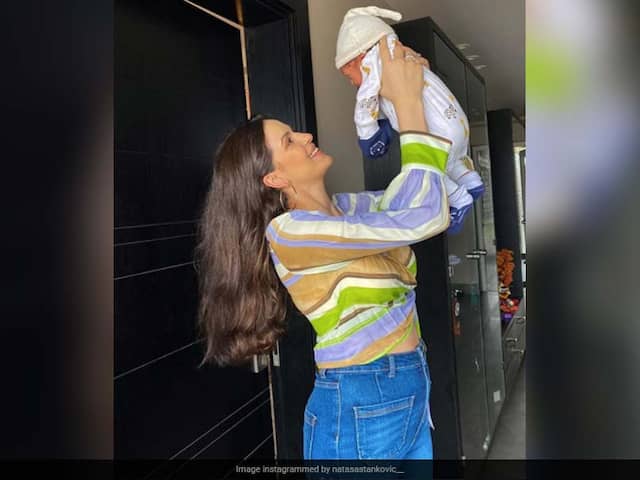 Natasa shared a couple of pictures, showing her having wonderful time with her son.© Instagram


Hardik Pandya and his Serbian partner Natasa Stankovic seem to be enjoying parenthood. Ever since they announced the arrival of a baby boy in their life last month, the celebrity couple has been posting adorable pictures of their son with millions of followers on both Twitter and Instagram. From announcing the birth of their child to sharing the first glimpse of their new-born son, the couple has shared everything on social media. On Wednesday, Natasa took to Instagram to share a couple of pictures, showing her having wonderful time with her baby boy. “When I hold you, life makes sense. #mamasboy #blessings,” Natasa captioned the pictures on Instagram.


Indian all-rounder Hardik Pandya also expressed his love for the pictures using a couple of emojis. He also shared an adorable picture on Instagram story with his son, where he can be seen holding one of his fingers with his little hands. 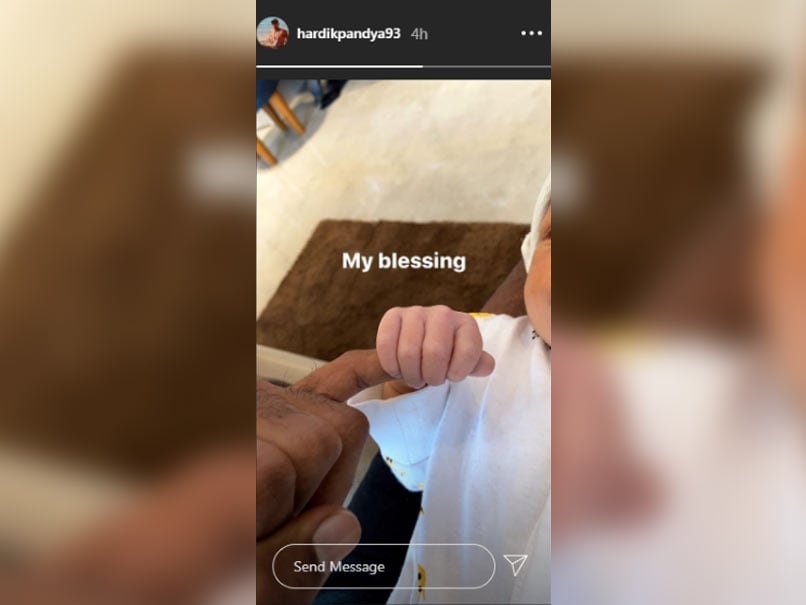 Hardik’s national teammate KL Rahul and tennis star Sania Mirza were also among many celebrities who liked the post.

Recently, when Hardik’s elder brother Krunal posted a video with his nephew, KL Rahul had come up with a valuable career advice for the little kid.

Krunal Pandya had uploaded a video with his nephew, and captioned it “Let’s talk cricket”, to which Rahul had replied “Please tell him to become a fast bowling all rounder”.

Soon after his child’s birth, Hardik seemed to be enjoying his dad duties. The fast bowling all-rounder had shared a picture on his Instagram story soon after shopping for his new-born baby. Tagging Natasa in his post, he wrote that “Baby’s diapers are on the way”. In the picture, Hardik was sitting in the driver’s seat, with baby diapers lying on the back seat of his car.

Hardik, who has been away from cricketing action for several months now, is expected to be back in action for four-time Indian Premier League (IPL) champions Mumbai Indians, when the cash-rich league starts in the United Arab Emirates (UAE) on September 19.