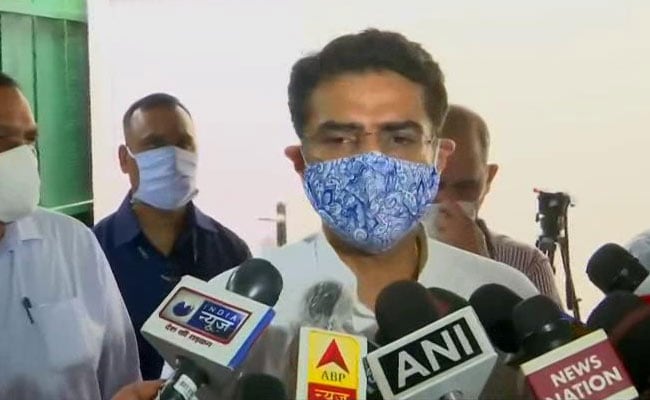 Sachin Pilot, who ended his month-long revolt after a meeting with Rahul Gandhi and Priyanka Gandhi Vadra on Monday, today said he bore no ill-will against Rajasthan Chief Minister Ashok Gehlot, who had called him “nikamma (useless)” and accused him of conspiring with the BJP to pull down his government.

“I have imbibed certain values from my family. No matter how much I oppose anyone, I’ve never used such language,” Sachin Pilot said, when asked about the “nikamma” comment.

“Ashok Gehlot-ji is elder to me and I respect him personally but I have the right to raise work-related concerns.”

He disagreed that his breakdown with Mr Gehlot had gone too far beyond repair. The Chief Minister, in multiple attacks on his former deputy, called him “nikamma, naakara (useless)” and also accused him of “horse-trading” or deal-making with the BJP against the Congress government.

“I don’t harbour any personal grudges,” he said.

Mr Pilot launched a rebellion after he was asked on July 10 by the Rajasthan Special Operations Group – which reports to the Chief Minister — to answer questions about allegations of MLAs being bribed to turn against the Congress and bring down the government in which he was Deputy Chief Minister.

After he revolted and skipped meetings called by Mr Gehlot, he was sacked as Deputy Chief Minister and Rajasthan Congress chief, posts that he may not get back anymore.

“I have worked for the party and I will keep working for the party. I have not demanded any post. I had certain complaints, on which the party high command has given me full assurance,” Mr Pilot said.

Asked to respond to speculation that he was forced to patch up with his party after being “dumped” by the BJP because he failed to win over more than 18 rebel MLAs to his side, Mr Pilot said: “I am not someone that can be dumped.”