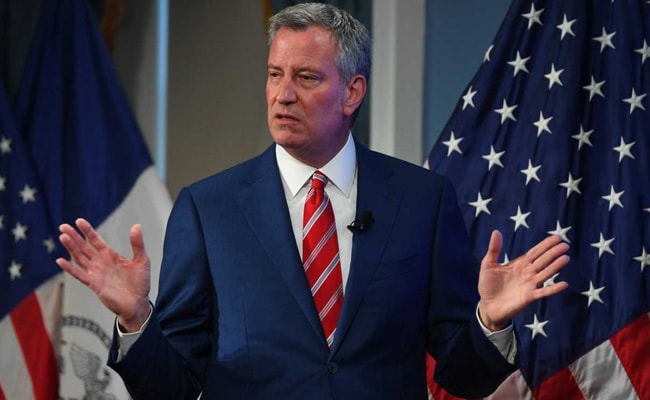 After the Department of Homeland Security deployed scores of Border Patrol police and federal marshals — many on combat fatigues — to Portland, Oregon, last week to tackle anti-racism protests, Trump on Monday said he could do so in other Democrat-led cities.

He called the move necessary but critics labelled it an election year political stunt.

“This president blusters and bluffs and says he’s gonna do things and they never materialize on a regular basis,” de Blasio told reporters.

“If he tried to do it, it would only create more problems, it would backfire, wouldn’t make us safer and we would immediately take action in court to stop it.

“From my point of view, this would be yet another example of illegal and unconstitutional actions by the President,” the mayor added.

Since African-American man George Floyd was killed by a Minneapolis police officer on May 25, sparking nationwide protests against racism and police brutality, Trump has sought to paint the demonstrators as radical leftists intent on destroying the country.

Facing an uphill battle for reelection in November against Democrat Joe Biden, Trump is using the protests to rally support from his conservative base, Democrats say.

According to reports, the DHS was preparing to send 150 paramilitary personnel to Chicago this week after police there clashed with demonstrators seeking to tear down a statue of Christopher Columbus.

Protests in New York have been overwhelmingly peaceful in recent weeks but the city has seen an uptick in crime, which senior officers attribute to restraints placed on police in the wake of Floyd’s killing.

Critics suspect police may be holding back in protest, while police say they are stretched thin.

Since the DHS force arrived in Portland, video has showed them taking some demonstrators away in unmarked vehicles.

Most have been freed, but critics — including Oregon’s governor and senators — likened it to “secret police” in more repressive societies.

Oregon has sued DHS for rights violations, while the state’s governor, Kate Brown, demanded that the officers be withdrawn, calling the deployment a political “photo op.”

On Monday, the mayors of six major cities — Atlanta, Washington, Seattle, Chicago, Portland and Kansas City — said in a letter to Wolf and Attorney General Bill Barr that the uninvited paramilitary deployments violate the Constitution.