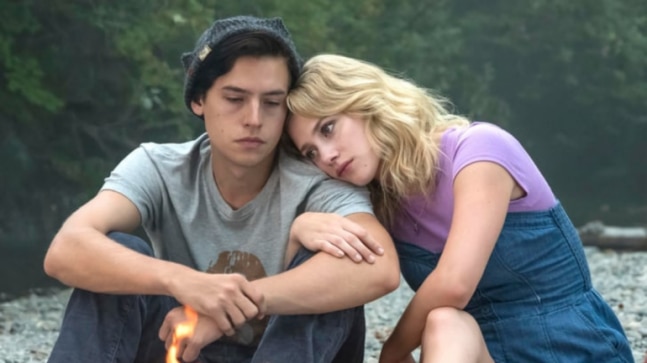 Cole Sprouse and Lili Reinhart in a still from Riverdale.

A source told People magazine that the actors, who play love interests Jughead Jones and Betty Cooper on The CW show, tend to be on and off but are currently not together.

The representatives for the actors have not commented.

The breakup comes after Sprouse, 27, posted an open letter on his Instagram Story in April in which he told fans he would not “tolerate” negative comments.

Although he didn’t specify the reference to the note, it came amid speculation about his relationship with Reinhart on social media, with some alleging the actor had cheated on her.

“When I first stepped into a public relationship this was one of the foreseeable consequences.

“And while I truly never intended to indulge any part of my private life to the ravenous horde, it’s clear my restraint in updating them has allowed them to push their own agenda onto my habits and lifestyle. So in conclusion please eat my delectable plump a**,” Sprouse wrote.

The duo sparked romance rumours in May 2017 and confirmed their relationship the next year when they posed together on the red carpet of the 2018 Met Gala.