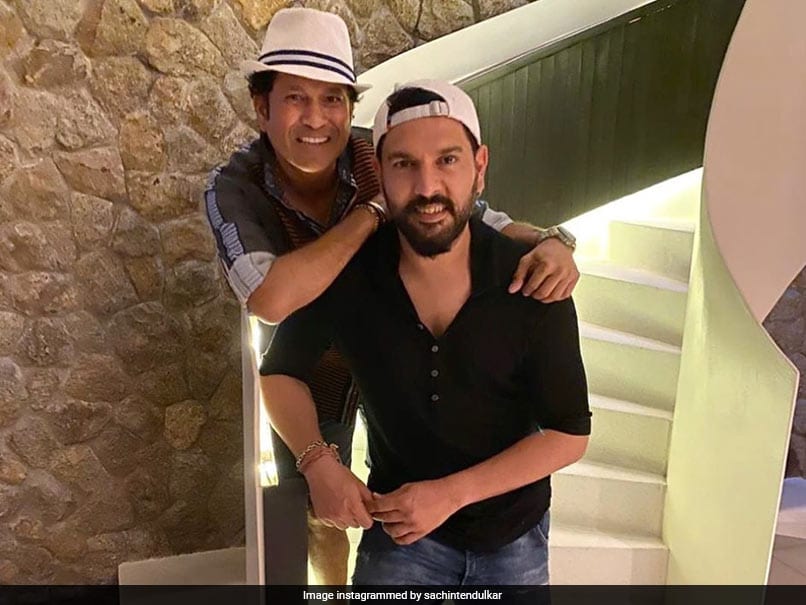 
Batting great Sachin Tendulkar and former India all-rounder Yuvraj Singh arrived in Raipur on Tuesday to participate in the upcoming Road Safety World Series. Yuvraj Singh took to Twitter to share a picture with the cricket great, with both of them striking different poses while covered in Personal Protective Equipment (PPE) kits as a safety measure against the coronavirus. Sharing the picture on Instagram, Yuvraj urged fans to wear masks as personal safety is as important as road safety — the cause this tournament aims to creates awareness about. “And we have arrived in Raipur !!  @sachintendulkar #roadsafety series !par apni safety bhi zaroori hai bhai wear a mask,” Yuvraj captioned the picture on Instagram.

Apart from Sachin and Yuvraj, former cricketers like Virender Sehwag, Yusuf Pathan, Naman Ojha, Vinay Kumar will also be in action in the competition for the hosts.

Other teams will also feature stars like Brian Lara, Kevin Pietersen, Sanath Jayasuriya, Muttiah Muralitharan and Tillakaratne Dilshan playing for their respective countries. Pietersen will lead the England Legends, while Dilshan will be captaining Sri Lanka Legends in the tournament.

England Legends will face Bangladesh in their opening encounter on March 7, while India will take on the England in their second match on March 9.

The two semi-finals are scheduled to be played on March 17 and 19 while the final will  take place on March 21.