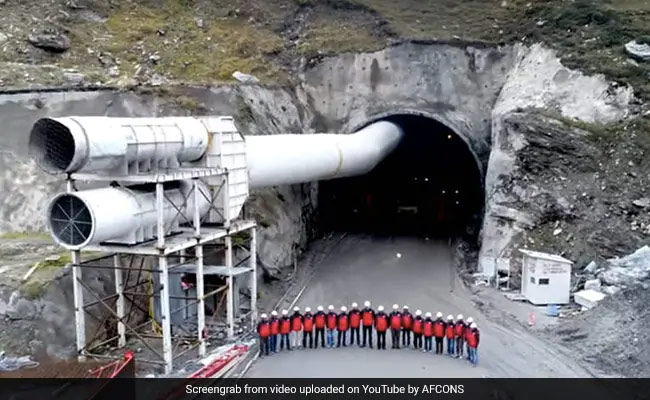 He said the tunnel will give all-weather connectivity to the remote and border areas of the state.

The strategically important project is being completed at a cost of around Rs 3,200 crore, he said.

“The tunnel, which was a dream of Atal Bihari Vajpayee is expected to be inaugurated in the last week of September by Prime Minister Narendra Modi. It will give all weather connectivity to the remote and border areas,” the chief minister told reporters.

The tunnel is one of the longest road tunnels in the country and is being built at an elevation of 10,171 feet under Rohtang Pass in the eastern Pir Panjal range of the Himalayas.

It will reduce the distance between Manali and Lahual-Spiti’s administrative centre Keylong by around 45 kilometres.

He said in order to improve activities and access in the border areas, the state government is cooperating with Indo-Tibetan Border Police (ITBP) to develop helipads in areas bordering China.

In reply to a question, the chief minister said the state government has decided that temples will remain closed for public till August end owing to rise in the number of coronavirus cases in the country as well as the state and in view of other infectious diseases during the rainy season.

Replying to another question, Mr Thakur said the state government desires to conduct Panchayat elections on time in the state.