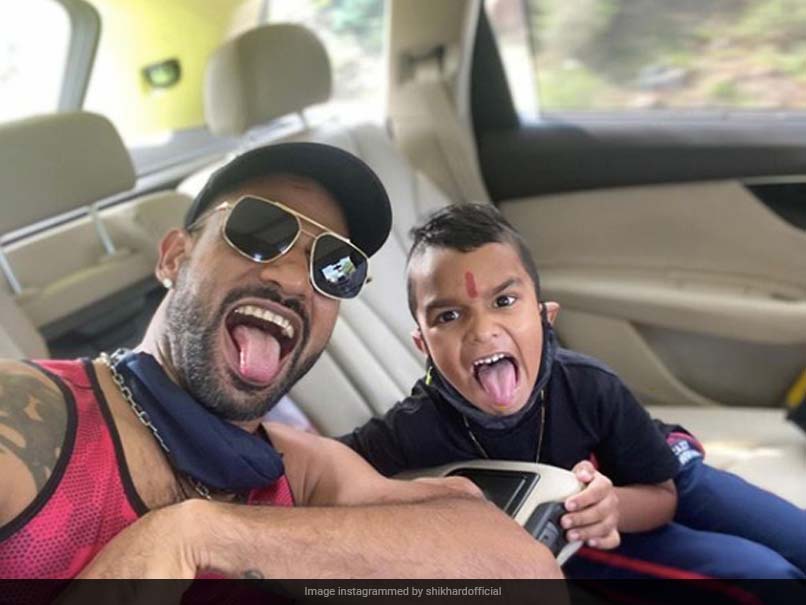 Shikhar Dhawan is one of the most active cricketers on social media platforms.© Instagram


Indian batsman Shikhar Dhawan on Monday took to Instagram to share a picture with his son Zoraver. The father-son duo can be seen having a fun time as they make funny faces in the picture. Shikhar Dhawan in the caption of his post made a reference to the Harry Potter books as he wrote, “Mischief Managed”. Fans may recall that the words “mischief managed” were used in the Harry Potter series for the ‘Marauders Map’. Whenever someone wanted to hide the details on the parchment, these particular words were used.


The Delhi Capitals batsman keeps sharing fun posts for his fans on his social media accounts to keep his fans entertained. Last month, Shikhar Dhawan had shared a picture on Instagram as he tried to get Zoraver out of the bed in the morning.

Dhawan had also shared a video of himself as he resumed training for the upcoming edition of the Indian Premier League (IPL). In the video, Shikhar Dhawan was seen timing the ball really well as he played shots on both sides of the ground.

The left-handed batsman will soon be seen in the IPL playing for his Delhi-based franchise. The southpaw has so far played 159 matches in his IPL career since making his debut back in 2008. He has managed to score 4,579 runs with an average of 33.42 and a strike rate of 124.80.

With this year’s IPL set to begin from September 19 in the UAE, Dhawan and his team will be hoping to win the trophy. The final of the cash-rich league will be played on November 10.