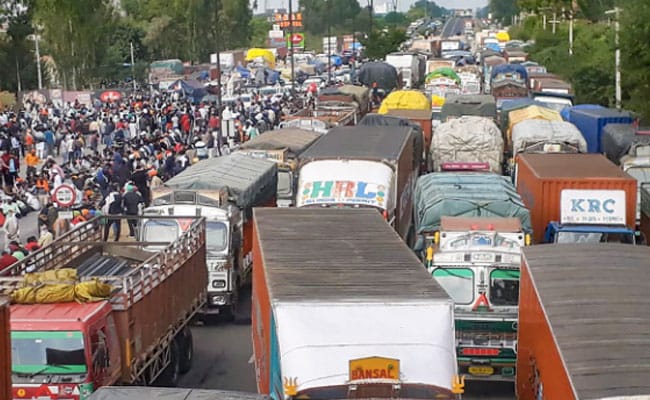 The Singapore Police on Tuesday said it is investigating social media posts showing people gathering here without permission in support of protesting Indian farmers and issued a “strong reminder” that it would not allow assemblies that advocate political causes of other countries.

Thousands of farmers are currently camping at Delhi’s borders with Haryana and Uttar Pradesh since November 26 in protest against three new farm laws enacted in September.

“The police did not grant any permits for these cause-based assemblies,” the authorities in Singapore said in a news release on Tuesday.

The Singapore Police Force (SPF) also issued a “strong reminder” that organising or participating in a public assembly without a police permit in the city-state is illegal, adding that it would not grant any permit for assemblies that advocate political causes of other countries.

“Foreigners visiting or living in Singapore should abide by our laws. Those who break the law will be dealt with firmly, and this may include termination of visa or work passes, where applicable,” Channel News Asia reported quoting the SPF.

Enacted in September, the three farm laws have been projected by the Indian government as major reforms in the agriculture sector that will remove the middlemen and allow farmers to sell anywhere in the country.

However, thousands of farmers from states like Punjab and Haryana have expressed apprehension that it will pave the way for eliminating the minimum support price (MSP) cushion and do away with the mandis, leaving them at the mercy of big corporates.

There have been multiple rounds of talks between representatives of the protestors and the Indian government but the logjam continues.