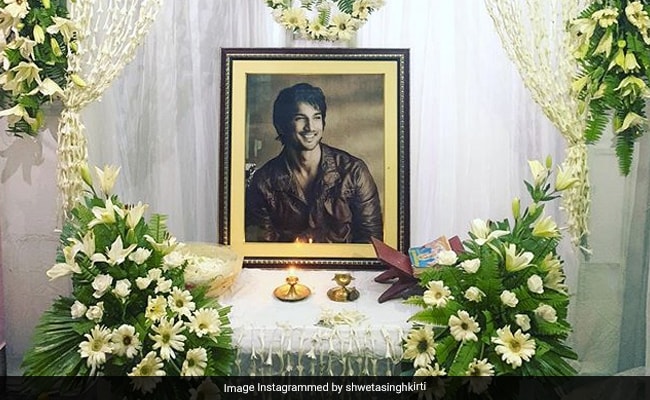 The Nitish Kumar government in Bihar — battling allegations of indifference in the case involving the death of actor Sushant Singh Rajput — has decided to support the bereaved family in court. The state government said it would file a caveat in the Supreme Court blocking the actor’s friend Rhea Chakraborty’s efforts to transfer the case against her to Mumbai.

Mr Chakraborty has been facing allegations of cheating and abetment and a case has been filed against her in Patna after complaints from the family. Sushant Singh Rajput’s father has already filed a caveat in the top court. The Bihar government will be represented by senior counsel Mukul Rohatgi, who was the Central government’s top lawyer.

The Bihar government’s move came after opposition leaders like  Rashtriya Janata Dal’s Tejashwi Yadav and allies like Chirag Paswan of the Lok Janashakti Party accused it of not helping Sushant Singh Rajput’s family.

The issue also had a resonated among the young people, especially those from the Rajput caste.

The 34-year-old, seen as one of the upcoming and promising actors of Bollywood, was found dead at his Mumbai house on June 14. The police said it was a case of suicide. The case is being investigated both by Maharashtra and the Bihar police though the Maharashtra authorities have turned down appeals for handing it over to the Central Bureau of Investigation.

That opinion was seconded by the Supreme Court today, which in response to a petition, said “Let the police do its job”.

The 40-day old case has caused political ripples as Bihar leaders have not taken kindly to Maharashtra’s refusal. The RJD is an ally of the Congress, which is part of the ruling alliance in Maharashtra.
The RJD made it clear that wants a CBI investigation into the death.

“We respect the bereaved family’s move of lodging an FIR in Patna.But we have no faith in the Bihar police, which is known for its ineptitude, and struggles to solve the simplest of cases,” Tejashwi Yadav was quoted as saying by news agency Press Trust of India.

“The Chief Minister of Bihar would do better to speak to his Maharashtra counterpart and put pressure on him for a CBI inquiry,” he added.

Chirag Paswan even called up Maharashtra Chief Minister Udhav Thackrey to impress upon him to hand over the case to CBI.

In a guarded statement, the JD(U) spokesman Rajiv Ranjan Prasad said it is the prerogative of Maharashtra government to hand over the case to the CBI or not. But the fact remains that 40 days of investigation by the Mumbai police had led nowhere, a reason why the bereaved family lodged an FIR in Patna, PTI quoted him as saying.