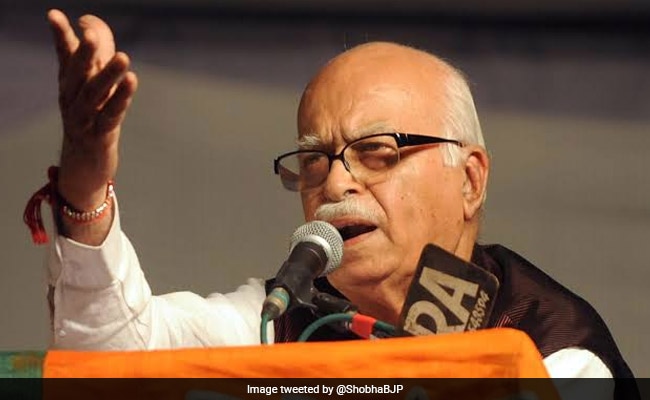 Former Union Minister Uma Bharti and former Uttar Pradesh Chief Minister Kalyan Singh have been invited to the ground-breaking ceremony for the construction of a temple in UP’s Ayodhya on August 5.

Both Uma Bharti and Kalyan Singh, who told NDTV he had no regrets over the events of December 6, 1992 – when the Babri mosque was destroyed – and that he had already paid the price, have said they will be at the event, for which Prime Minister Narendra Modi has also been invited and will attend.

Invitations have not, however, been sent to veteran BJP leader LK Advani, who last week appeared before a special CBI court in Lucknow via video link to answer questions relating to the mosque’s razing.

Mr Advani, 92, is among the accused in the case and was asked more than 1000 questions over four-and-a-half hours, has denied all charges against him, according to his lawyer.

Invitations have also not been sent to Murli Manohar Joshi, another veteran party leader who recorded his statement before the same court. He said that those who had deposed against him done so for political reasons and that all allegations against him were false.

Mr Advani, Mr Joshi and Uma Bharti are among the BJP leaders accused of conspiracy.

Uma Bharti, who is also an ex-Madhya Pradesh Chief Minister, also recorded a statement. She declared that the judgement in the hugely contentious case did not matter to her.

“I was called by the court for my statement and I have told the court what was true. It does not matter to me what the judgement will be. If I am sent to the gallows, I will be blessed,” she told NDTV

In the 1990s, Mr Advani was the face of the movement to build a Ram temple in Ayodhya, where the 16th century Babri mosque stood till it was pulled down on December 6, 1992.

The CBI has said Mr Advani, and other leaders like Mr Joshi, Uma Bharti and Kalyan Singh made incendiary speeches from a dais close to the mosque, which motivated the razing of the structure.

Meanwhile, Maharashtra Chief Minister Uddhav Thackeray, whose Shiv Sena broke away from long-time ally BJP in dramatic fashion after Assembly elections, has yet to be invited.

His party has demanded an invitation, saying it had given “blood and sweat” for the temple.

Last week Mr Thackeray, who said he did not need an invitation to attend the ceremony, sparked criticism after suggesting the ceremony could be conducted via video links due to the COVID-19 pandemic.

Mr Thackeray’s Bihar counterpart, Nitish Kumar, whose Janata Dal (United) is in a tenuous relationship with ally BJP ahead of Assembly elections in the state later this year, is also expected to be invited but no formal invitation has been sent, so far.

An elaborate guest list has been trimmed to around 50 VIPs because of restrictions on travel and gatherings during the coronavirus outbreak, the trust has said.

Grand preparations have been made for the ceremony next week, which will revolve around the installation of a 40 kg silver brick as the foundation stone; this will be set by the Prime Minister.

In November 2019, the Supreme Court ruled that the then disputed 2.77 acres in Ayodhya would be given to a government-run trust for the building of a temple for Lord Ram and Muslims will be given a five-acre “suitable” plot elsewhere in the district.

The verdict, in a case that has been and continues to be a religious and political flashpoint, was passed unanimously by a five-judge constitution bench amid appeals for peace by political and religious leaders and heightened security across the country.

With input from PTI