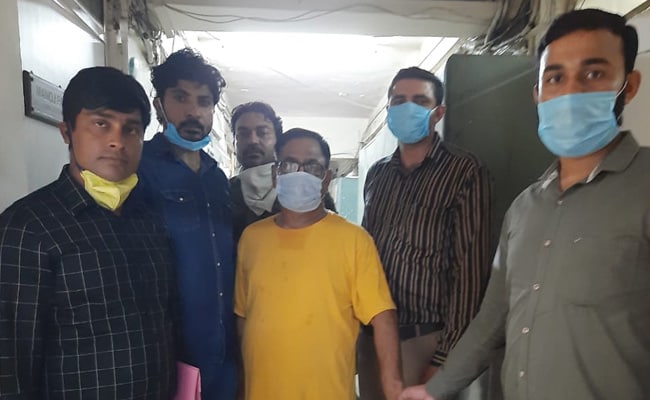 An ayurvedic doctor jailed for life for murdering truck drivers and feeding their remains to crocodiles has been caught after jumping parole while on release for good behaviour, police said.

Devendra Kumar Sharma, 62, was arrested by Delhi police in the capital late Tuesday. In January he failed to return from a weeks-long parole after serving 16 years behind bars.

Sharma was given a life sentence in 2004 in Rajasthan after being found guilty of several murders between 2002 and 2004, earning him the nickname “Dr Death” in the media.

“(He) was involved in dozens of cases of kidnapping and murder of truck and taxi drivers in Delhi, Haryana, Uttar Pradesh and Rajasthan,” Delhi Police Deputy Commissioner Rakesh Paweriya said in a statement.

Police alleged that Sharma first came to the attention of authorities two decades ago over his involvement in an illegal kidney transplant racket between 1994 and 2004.

Sharma, with help from other doctors and middlemen, allegedly arranged at least 125 transplants in an organ trafficking racket.

Police also accused him of being part of a gang that hired taxis and trucks before killing their drivers, robbing them and selling the vehicles.

“They used to dump dead bodies in Hazara canal in Uttar Pradesh’s Kashganj, which had crocodiles, (and) there was no chance of retrieval of any body,” Mr Paweriya said.

Sharma was later convicted of at least six murders, police said, but Mr Paweriya added that he had admitted to carrying out many more.

“He disclosed to have been (the) mastermind of more than 50 such murders,” the statement said.

“Media reports of that period show that he had committed more than 100 murders of taxi drivers for which cases were registered in Delhi, UP, Haryana and Rajasthan.”

Sharma told police he jumped parole to move to Delhi and had hoped to start a new life.