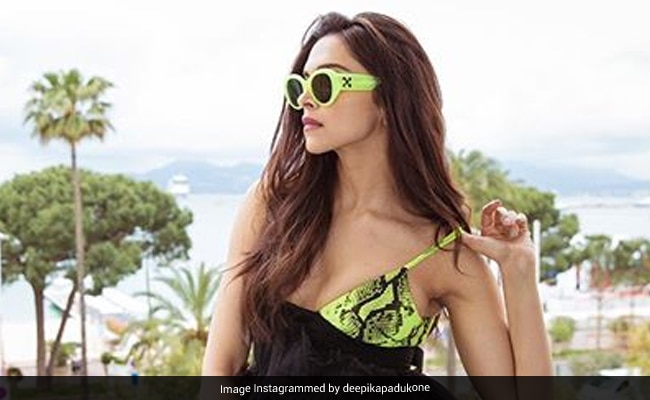 Deepika Padukone, on Wednesday morning, started an interactive session with her fans through Instagram’s Ask Me A Question feature. One of her fans asked the actress what’s on her “post lockdown bucket list,” to which she responded by saying, “Visit my parents and sister in Bengaluru.” The actress, who is currently staying in Mumbai along with her actor husband Ranveer Singh, has been missing her family big time and is frequently seen posting pictures with her father Prakash Padukone, mother Ujjala Padukone and sister Anisha.

Here’s what Deepika Padukone posted on her Instagram story: 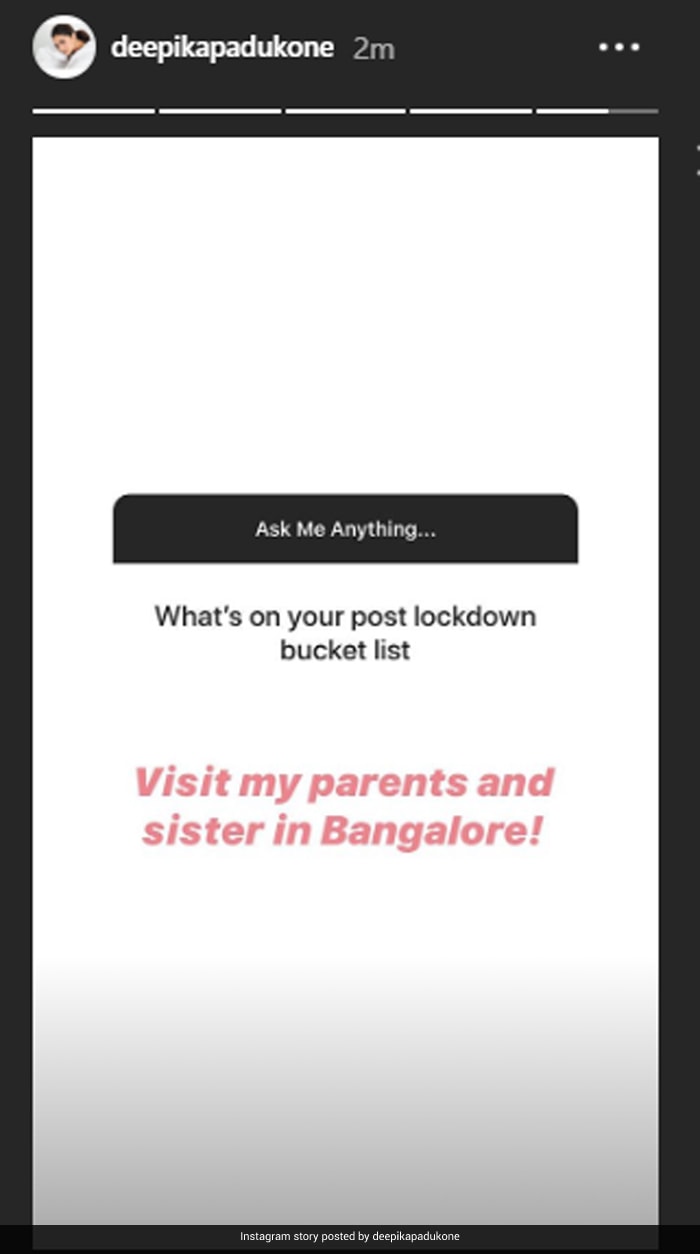 When the actress was asked if she has any “weird talents,” she wrote: “My husband or sister would be the best people to answer that. I’m sure they’ll have quite a few to share.” Deepika frequently posts pictures with her family members on social media. In one of her posts, Deepika shared a throwback picture of herself along with her father Prakash Padukone and she referred to her father as “the greatest off-screen hero.” The caption on her post read, “To the greatest off-screen hero I could have ever had! Thank you for showing us that being a true champion is not only about one’s professional achievements, but also about being a good human being.”

Earlier, sharing a picture with her golfer sister Anisha Padukone, Deepika wrote: “I miss you peanut. Cannot wait to jump on you and squish you.”

The Cocktail actress also posted a picture from her wedding festivities, featuring her mother Ujjala and sister Anisha. “Love You Amma,” Deepika wrote in her post.

Deepika Padukone  was last seen in Chhapaak. The actress has signed the Hindi remake of the 2015 film The Intern, which was meant to star late actor Rishi Kapoor. The revised cast of the film has not been announced as of now. Other than that, she will also be seen along with husband Ranveer Singh in Kabir Khan’s sports drama ’83, in which Ranveer will play the role of Kapil Dev and Deepika will play Kapil Dev’s wife Romi Bhatia.