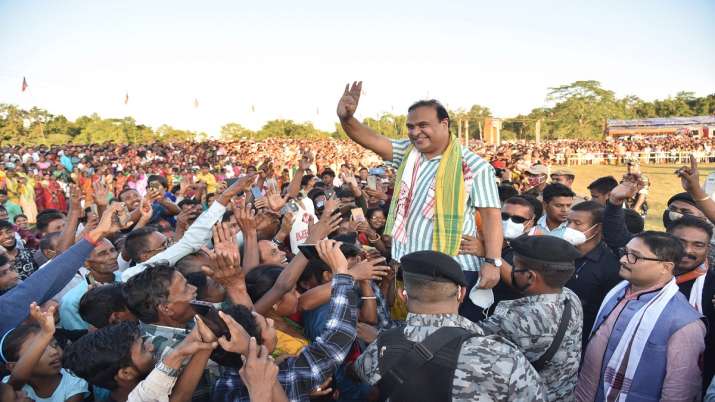 Speaking about the meeting, Sarma said, “We are working out the modalities and a formal alliance will be declared tomorrow.”

Meanwhile, the seat-sharing arrangement for the Assam assembly elections between the ruling BJP and its allies – AGP, UPPL and GSP — would be finalised in Delhi in presence of Union Home Minister Amit Shah and BJP national President JP Nadda, Himanta Biswa Sarma said today.

ALSO READ | 1.08 lakh ‘D’ voters will not be allowed to vote in Assam polls: CEO

Sarma, convener of the BJP-backed regional body Northeast Democratic Alliance (NEDA), said that major issues about seat-sharing have been agreed upon with the AGP,UPPL and GSP and the remaining issues will be discussed in the Delhi meeting.

Besides Sarma, Assam Chief Minister Sarbananda Sonowal and other party leaders would attend the meetings expected to be held on Wednesday and Thursday.

The BJP had contested the last assembly election in 2016 in alliance with the Asom Gana Parishad and BPF and came to power becoming the single-largest party with 60 seats, while its allies AGP and BPF had won 14 and 12 seats respectively. The ruling alliance has the support of one independent MLA.

The ruling BJP and its new allies UPPL and the GSP took over the governance after the last December’s polls to the 40-member politically important BTC.

The BPF on Sunday joined the Congress-led seven-party grand alliance a day after snapping ties with the ruling BJP.

(With inputs from IANS)