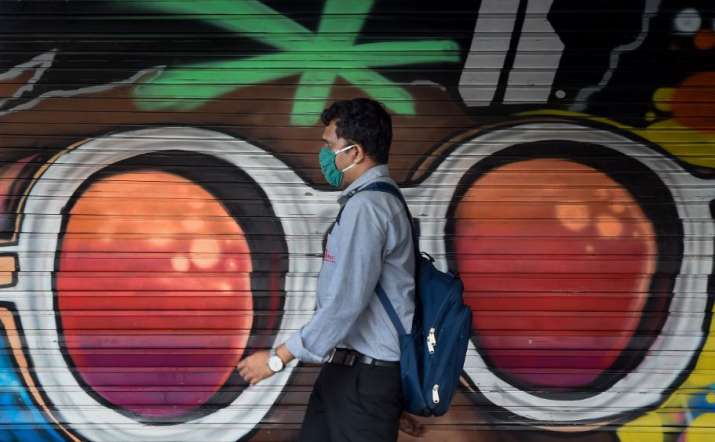 In what offers a ray of hope for Delhiites, experts claimed that the city could go past the COVID-19 peak in early August. They also warned that the cases of the highly-infectious disease could rise again if social distancing norms are not adhered to by people. The basis of the claim was a drop in average fresh cases reported daily in the national capital over the past one week.

AIIMS Director Randeep Guleria said, “If the number of cases in Delhi continues to be static or decreases over the next few weeks, and the decline is at a sustained pace, then we can say that we may pass the peak in August.

Dr. Guleria said this can only happen if people continue to maintain social distancing and take prescribed precautions and there is a strict implementation of containment measures even as lockdown measures are eased.

“In some cities there was a decline in trend but the once the lockdown was lifted, people did not follow the dos and dont’s and this led to a surge in cases. So there is no space for complacency. A lapse on someone’s part somewhere…could lead to a spike,” he said.

Delhi recorded 2,520 fresh coronavirus cases on Friday, taking the tally in the city to over 94,000, while the death toll from the disease mounted to 2,923, authorities said.

However, in the last few days, the number of fresh cases have oscillated, not showing a particular trend in figures.

Dr Vikas Maurya, Director & Head, Department of Pulmonology and Sleep Disorders, Fortis Hospital, Shalimar Bagh, said cases in Delhi haven’t risen as projected earlier, so there is a chance it will soon be past the peak, say in August.

“But, again, it’s a novel virus, and we don’t know its behaviour. So, we don’t know how it will behave. Anyway, a pandemic lasts for a year or so, therefore as a society we must be prepared,” he said.

Maurya, however, warned that the city could see a “second wave of the viral attack” in August or September, given its fickle nature.

Various previous predictions on number of cases in Delhi and on peaking period have proven wrong, as the virus is novel, he said.

“Only thing we can do to continue, to ensure less cases occur, is by practising social distancing, adhering to hygiene and other norms prescribed by government authorities.

Otherwise, all our gains will be lost, and we might see again a spike in cases,” Maurya said.

But, in the last one week, cases reported per day being lesser than the week before it, positivity rate coming down and beds being empty in various hospitals, indicates flattening of the curve, he argued.

According to the latest bulletin, 65,624 patients have recovered, been discharged or migrated so far, while number of active cases stood at 26,148, while 5,96,695 tests have been conducted.

The number of containment zones in the city on Friday stood at 445.

Ready to sit in opposition if I lose confidence motion: Pakistan PM Imran Khan in his address to nation