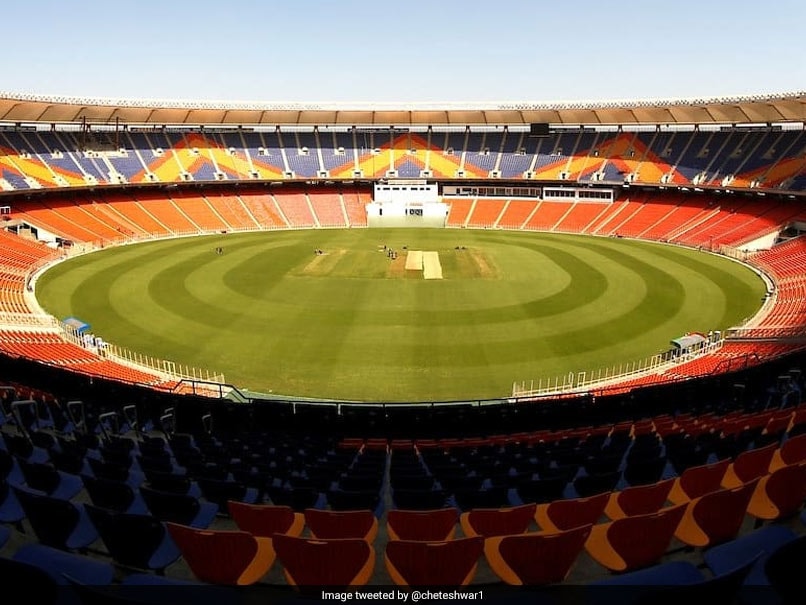 IND vs ENG: The final two matches of the Test series will be held at the Motera Stadium.© Twitter


India and England are set to face off in the third Test of the ongoing four-match series at the Motera Stadium, from Wednesday (24th February). As per weather forecast website AccuWeather, the weather is expected to very warm on all five days. While sunshine is expected to be hazy on the first three days of the Test, the remaining two days might witness plenty of sunshine. The match will be a day-night Test, and only the second pink ball Test to be held in India. The first-ever day-night Test in India took place at the Eden Gardens in 2019, with Bangladesh being the opponents.

Fast-bowler Umesh Yadav has been added to the India Test squad for the remaining two matches of the Test series. Umesh cleared a fitness test that took place on February 21 at Motera, resulting in his inclusion.

Shardul Thakur has been released from the squad to participate in the ongoing edition of the Vijay Hazare Trophy.

The four-match Test series is currently drawn level at 1-1, with both teams winning a game apiece. England emerged victorious by a margin of 227 runs in the opening game of the longest format, to take a 1-0 lead.

The hosts bounced back with a triumph in the second match, recording a win by 317 runs. Both the matches took place at the MA Chidambaram Stadium in Chennai.

IND vs ENG: Expected Pitch To Hold On A Little Longer Than It Did, Says England Head Coach Chris Silverwood