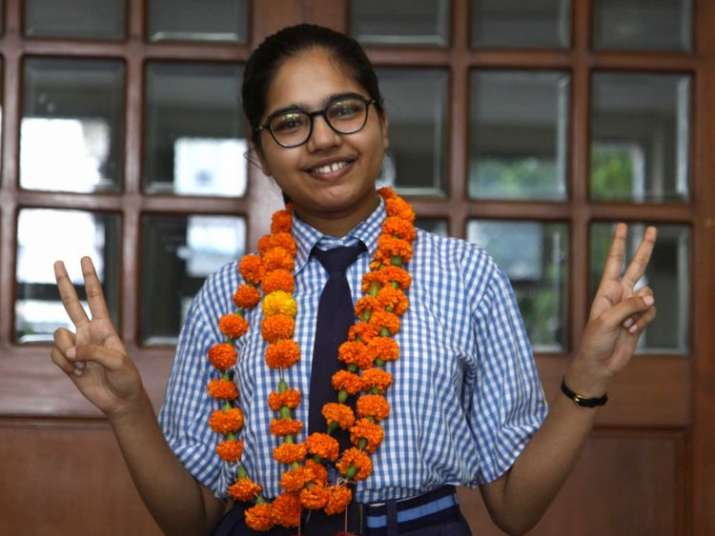 
Lucknow girl Divyanshi Jain stunned everyone with 100 per cent marks in the CBSE class 12 results declared on Monday. The 18-year-old did not lose a single mark in any of her six subjects scoring a 100 in each. A student of Navyug Radiance Senior Secondary school, Divyanshi said she is delighted and surprised at the same time. “For me, it is unbelievable and the result is yet to sink in,” she said.

She has scored full marks in English, Sanskrit, History, Geography, Insurance and Economics. Divyanshi appeared for the examination of all subjects except Geography, which was cancelled due to Covid-19 pandemic.

Second child of a businessman father and a homemaker mother, Divyanshi gave the credit of her success to her parents and teachers. “My teachers guided me throughout the year and I was able to follow a systematic routine due to my parents. Both these factors allowed me to concentrate on my studies and score good marks.”

She said she made it a point to focus on revision and mock tests and that helped her to score better. She also ensured that she had a good sleep and followed a healthy routine.

Divyanshi also said that there were days when she did not study but she used to cover up the target the next day.

A history buff, she wants to pursue the subject for her further studies. “I want to study history further. I have applied for admissions in BA (H) History at Delhi University,” said Divyanshi.

Her teacher, B Singh, said, “I am amazed at Divyanshi’s achievement. We were confident that the she will top but the marks she got are beyond our expectations.”